Quick Quotes. Terry Crews on Anger And Professional Athletes. “I Could Easily Have Been A Ray Rice”. 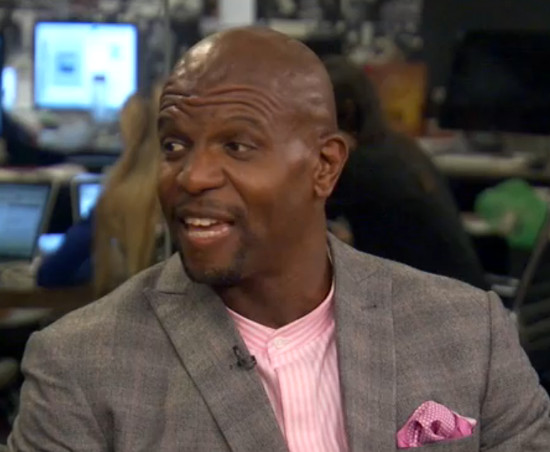 In the current ongoing conversation about domestic violence, particularly in regards the NFL, actor, former football player and feminist Terry Crews as been a consistent and emphatic voice of reason. Crews has even spoken about his own personal experiences, witnessing domestic violence in his household as a child. In a recent interview with the


“To get to be a professional athlete, it takes anger. You have to be angry, because somebody counts you out, and they said, ‘You’ll never make it, you won’t do it,’ and that gets you up at four in the morning. You work out for three, four hours on anger. There’s power in anger. The problem is when you make it, you’re still angry,” he said.

Society has said you’re nothing, you’re nothing to us. Then [athletes] go, ‘I made it! I made it!’ But what happens is now that anger is turned on their family, the anger is turned on their friends. And I was that guy. I could easily have been a Ray Rice. I’m not even joking. I am that guy who had that kind of anger. But what happened is I ended up alone. When you’re by yourself and when you’re sitting there and your kids don’t want to be around you and your wife is like, ‘Bye buddy, I’m out, I’ll be over here,’ you realize, wait a minute, man, I don’t want to be like this.