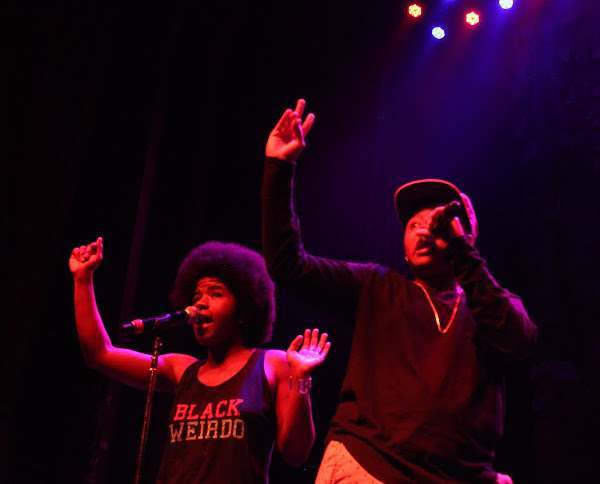 Musicians headlining a concert typically choose an opening act who align similarly in musical style and genre. For example, John Legend opened for British sensation Sade on her Soldier of Love tour and Denitia and Sene did a few shows with pop-soul star Jessie Ware a few years back. So naturally, I was a little taken a back when I heard Seattle-based duo TheeSatisfaction was set to open for fellow Washington musicians Sleater-Kinney, a female rock trio. As I stood outside the venue, waiting for a friend, droves of hipsters, old and young lesbians, bad ass rocker-type chicks strolled into the concert venue. I again wondered if the pairing of such different musical styles would make for an all around great concert going experience. Minutes into TheeSatisfaction’s set I quickly realized that the pairing was ultimate genius; the audience was captivated from the very start. 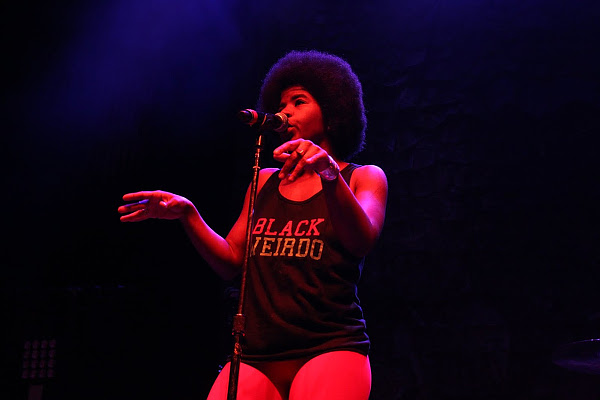 Last summer, I had the pleasure of catching the duo in action at the Afropunk Festival. They dazzled droves of fans who excitedly rocked along to an electrifying DJ set. This time around, I hoped the singers would perform a catalogue of their songs; which they did — the audience was treated to a mixed bag of songs which tunes from their freshman effort Awe Naturale, as well as selections from their latest, EarthEE.

Cat, cloaked in a fresh tank top that sported the term “black weirdo,” a moniker she proudly owns. Stas, in a black long sleeved top, patterned shorts, and her often worn snapback. The venue, The Tabernacle Atlanta, is one of the best performance venues in the city. Fans had the option of watching the show from a seated area above the stage or stand among other concert goers and rock out –I chose the latter. 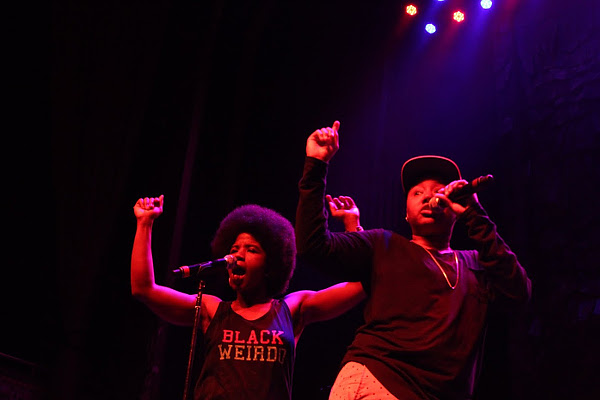 In a recent piece for the Guardian Stas stated, “We’re really just storytellers. And this music, it brings us positivity, and a space where we can be ourselves, truly.” And the ladies sure were in their element, emitting loads of positivity and good vibes. On stage, the two danced and swayed, at times in a synchronized fashion — it was all very entertaining. The crowd roared when the duo started singing one of my personal favorites, ” Bisexual.” From beginning till the end of the forty minute set, it was evident that the duo were crowd pleasers. Signing off with their latest track “Recognition,”an infectious song layered with loads of distinct African beats. That night, TheeSatisfaction satisfied. 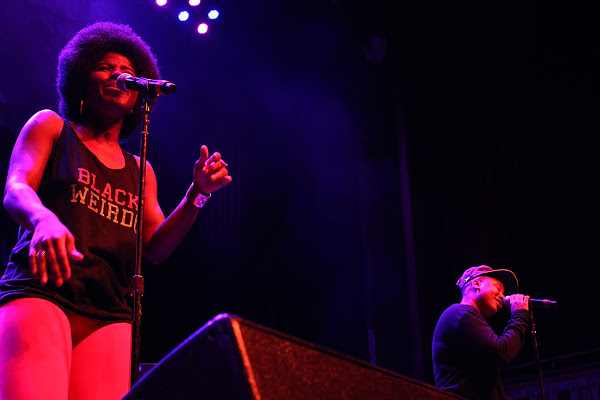