Rihanna Might Be Putting Her Music Career on Hold To Grow a Fashion Empire. 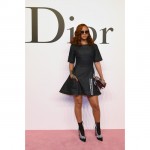 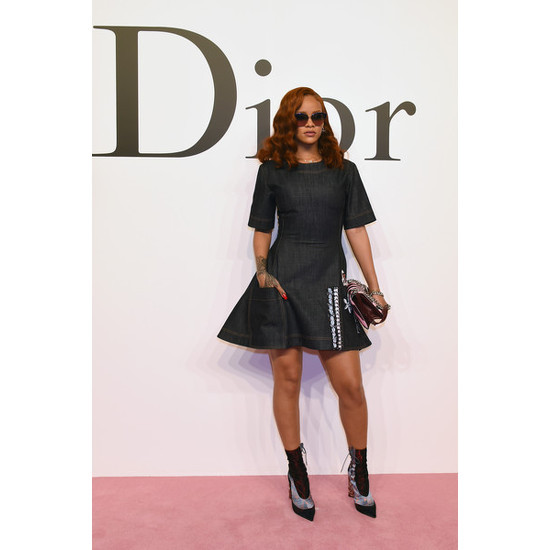 From her wildly successful line for British brand River Island to her upcoming collaboration with Puma, Rihanna is definitely not a stranger to using fashion to expand her brand. According to reports, the 27-year-old popstar, who has also appeared in ads for Balmain and Dior, might be putting her highly-anticipated album on hold in order to focus on become a fashion mogul.

An application was filed last month at the US Patent and Trademarks Office by Rihanna’s company, Roraj Trade, LLC, for a new brand, $CHOOL KIlls.’ It was registered and trademarked in New York on 11 May under the category of ‘leather products’ and ‘clothing products.’

A close source told Grazia: “$CHOOL KIlls will be an accessories range covering everything from tote bags to purses, and later on, fashion. She still loves the music, and it’s what launched her, but this is her focus right now.”

“Rihanna has already had a successful clothing line with River Island and is not limiting herself to just music and touring for the rest of her life. She will continue to release singles and albums, but she’s had plans in place to expland in other areas like fashion, for a good few years now.”

Grazia also points out that back in 2013, when Rihanna sued Topshop for using her likeness on a t-shirt without authorization, her creative director Ciarra Pardo was quoted as saying, “Rihanna was working hard to identify herself as a serious fashion designer and items such as the T-shirt in issue do not support that goal.”

News of another legal battle last month, also revealed that Rihanna has plans to release a fashion magazine, Robin.

Even though RiRi hasn’t topped the charts since 2012, and fans have been hounding her for new material ever since, her most recent singles didn’t attract as much as buzz as expected. A fashion line would likely be a great opportunity for the star, whose music career spans 10 years, to diversify her brand.