Rihanna Will Have Us All Rocking Furry Slides. 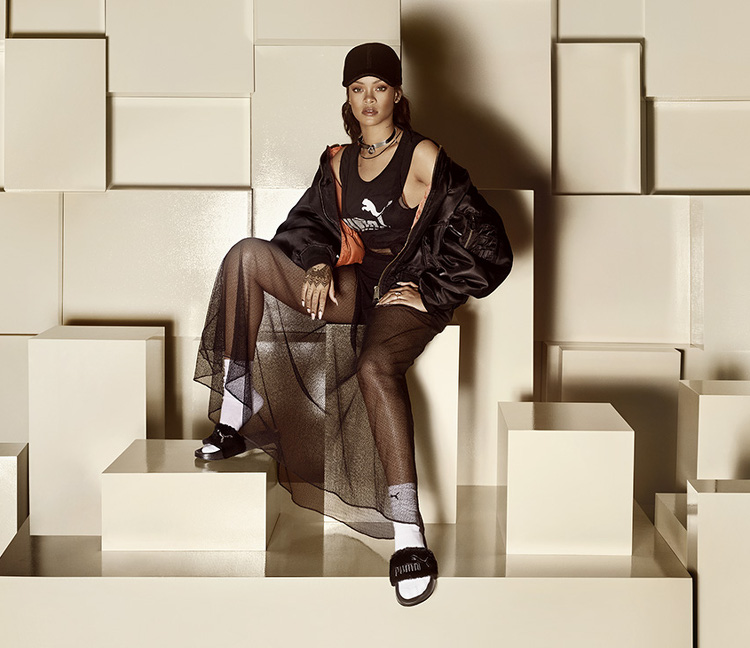 Rihanna’s camp recently released an official confirmation that the above furry slides, would be the 3rd show release from her Rihanna x Puma.

The pop star has been seen rocking the shoe on several occasions over the past few months, most notably when she graced the cover of FADER magazine back in September of 2015.

She also teased the pink version on her Instagram page.

The new style drops on April 22 and will retail for $80.00. It will come in white, black, and shell (a pinkish hue). You can purchase the the Fur Slides at Puma.com, as well other major sneaker retailers.