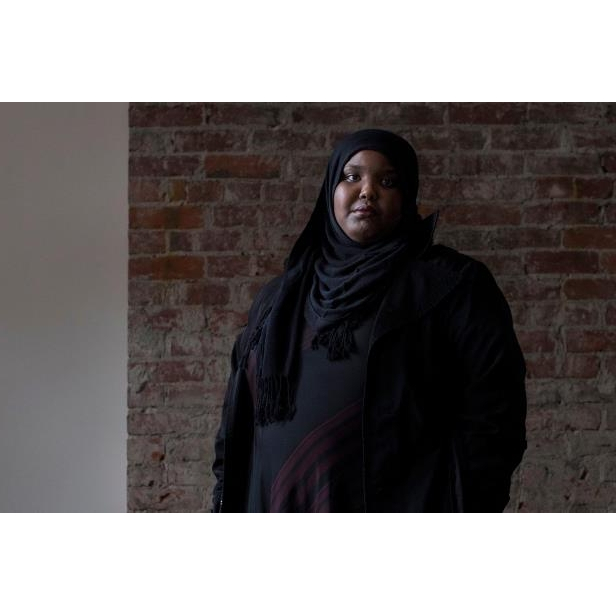 Juweiya Ali is a 24-year-old Seattle woman who is fighting to be reunited with her son. Ali was born in Somalia, but grew up in the United States. While still high school, she traveled there with her mother, and ended up meeting her husband. The young couple had a son, but Ali eventually returned to the United States, hoping to bring her family with her.

She started the long process required for her son to enter and live the United States and even managed to complete the last bit of paperwork on the very same day of Trump’s inauguration. Despite her best efforts, the harsh travel ban imposed by the Trump administration prevented Ali from being reunited in America with her 7-year-old son. She decided to fight back by joining other Muslims living in the United States with ties to countries affected by the Muslim ban.

Ali is now the lead plaintiff in a lawsuit against Donald Trump filed by the American Immigration Council, the Northwest Immigrant Rights Project and the National Immigration Project of the National Lawyers Guild. The suit was filed on behalf of other U.S. citizens like Ali, who filed visa petitions for their immediate family members but were rejected after completely the length screening and application process.

“Plaintiffs include Reema Dahman, a lawful permanent resident of the United States, who had filed a petition to bring her 16-year-old son, stranded in war-torn Syria, to the United States. The two have not seen each other since 2012. They are at the last stage of processing, waiting only for an immigrant visa interview to be scheduled. But the executive order has suspended immigrant visa interviews, putting safety and security further out of the boy’s reach and further delaying the boy’s reunification with his mother.”

“Plaintiff Juweiya Ali’s 6-year-old Somali son is also in limbo. Ms. Ali, a U.S. citizen, began the process to bring him to the United States from Somalia in August 2016. But they too now are left to worry that the visa process will remain suspended indefinitely.”

The case continues to move forward, but the outcome is still unsure. Ali maintains that whatever happens, she’ll continue the fight to bring her son home.