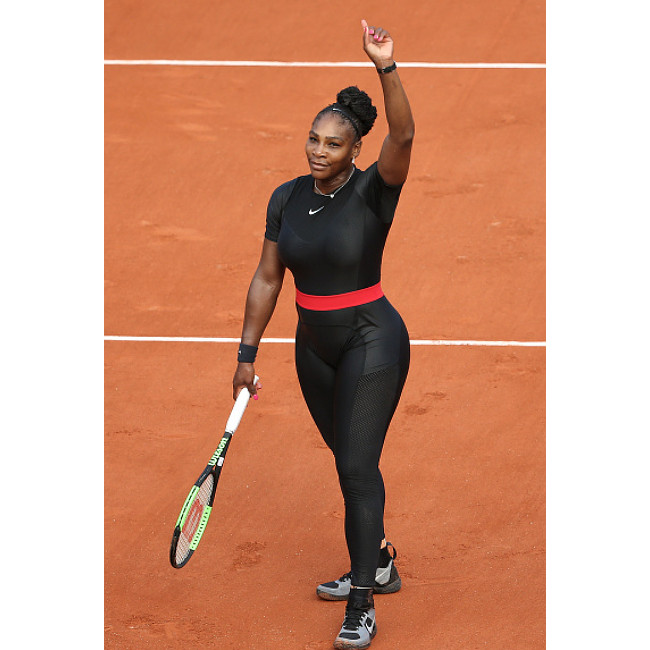 Serena Williams made headlines earlier today after beating Kristyna Pliskova in two sets during a first round match at the French Open. The victory marked her first Grand Slam win since giving birth to her daughter Alexis Olympia Ohanian back in September.


Williams also turned heads with her choice of attire for the big event. The elite athlete sported a custom catsuit, that she designed with her longtime sponsor Nike.

The unique look had fans comparing Williams to a superhero.

“All the moms out there that had a tough pregnancy and have to come back and try to be fierce, in [the] middle of everything. That’s what this represents. You can’t beat a catsuit, right?,” Williams told sports editor Jon Wertheim.

Hopefully we see a version of this look in stores sometime soon.