So, Did you Watch ‘Black-ish’ Last Night? I did. Here are Some Thoughts. 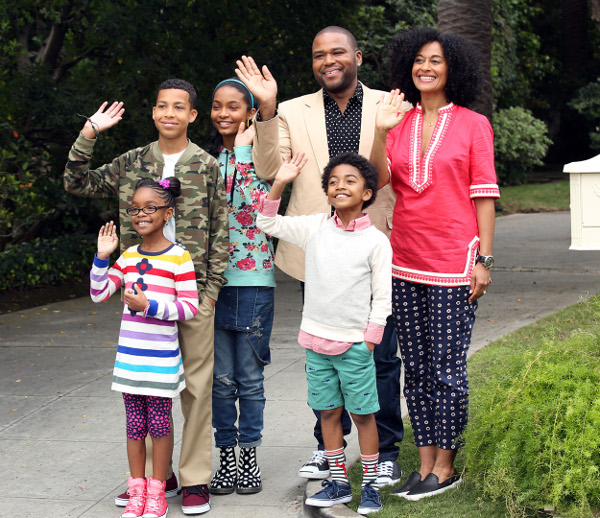 Spoilers ahead! If you missed the episode and want to watch it online, go here.


ABC’s “Black-ish” finally premiered last night. The much-awaited show for all of us longing for the glory days of Cliff, Clair, Rudy, Theo, and Vanessa, has finally arrived. But the Johnson’s are definitely not they Cosby’s, and the creators of “Black-ish” make sure we know that from the get-go. Similar to “postmodern” family sitcoms like “Modern Family”, “Black-ish” suffers from the need to adopt the hyper level of self-awareness tinged with hipster humor that we never saw in the “very special episodes” of the 80’s and 90’s. Occasionally dense jokes are dropped in from a low height and fall flat, resulting in a certain degree of trope-y superficiality that the series was likely trying to avoid in the first place.


Unlike the Cosby’s, which was a risk for it’s time, “Black-ish” often feels calculated. Much of the humor is an attempt to make a more “mainstream” audience more comfortable by constantly repeating the word “Black” (wink, wink, nudge, nudge) without offering the sorts of in-jokes that actual black viewers will reference for years to come. Instead, we are inundated with 90’s throwbacks in the form of “black people do this” and “white people do this”. There’s even a reference to O.J. Simpson, which I admit to giggling at. We do get the occasional pittance, however, most notably a drive-by joke from the family’s cynical patriarch, played by Laurence Fishburne, about the relations between Africans and African-Americans — a joke which proved to be a hit on social media.

The one thing that the show definitely does manage to get right in spades, is the complexity and conflicted feelings about being Black in America, and what blackness really means to us as individuals who are part of a larger group. This complexity plays out when Andre is disappointed that his big promotion, despite it meaning a bigger salary and more prestige at his place of work, is to the post of Senior Vice President of the company’s “Urban Division”. Despite all of his proclamations about what “Black” truly is throughout the show, he wants to see his blackness as limitless and irrelevant when it comes to achieving goals as a part of society-at-large. This internal struggle is very real for many black people, especially when we break barriers.

The episode pleasantly surprises us by wrapping up nicely in a classic sitcom manner with Grandpa offering some old-fashioned words of wisdom. Overall, I think “Black-ish” has the potential to earn a prominent place in the cannon of African-American family television. “Black-ish” might not be iconic, but it will definitely be a game-changer.