Support It. Meagan Good and Tamara Bass are Making a Movie That Celebrates Sisterhood. 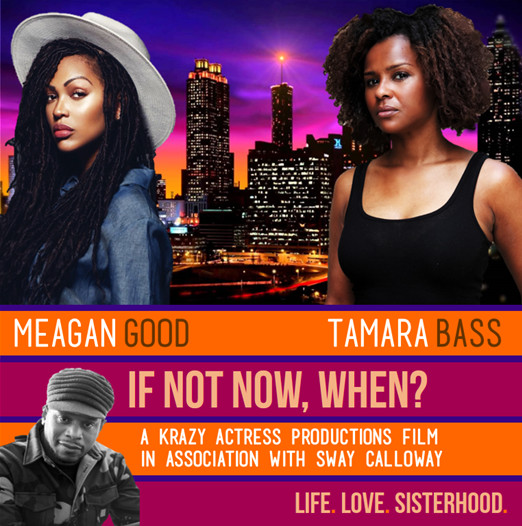 Actresses, producers, and longtime friends Meagan Good and Tamara Bass have teamed up, via their production company Krazy Actress Productions, to create a film that celebrates sisterhood.


Both Good and Bass, who both have some pretty major film and television credits to their names, first harnessed the power of indie media through a wildly popular web series, All That Matters.

Now the two creators have teamed up with Sway Calloway once again to create a feature film the celebrates sisterhood. If Not Now, When? will star Bass and Good as part of an ensemble cast of 4 friends. The film was inspired by projects like Women of Brewster Place, Set it Off and Waiting to Exhale.

“If Not Now, When?” introduces us to SUZANNE (Meagan Good), PATRICE (Tamara Bass), TYRA (TBA) and DEIDRE (TBA), who have been friends since meeting at 14. Over the course of their lives, fights, disagreements and love have caused friction and distance to manifest between some of them, particularly Suzanne and Patrice, who haven’t spoken in almost 15 years. When Tyra, who is mother to 14 year old JILLIAN (TBA), suffers a crisis, all four women are drawn back together to make it through, and soon discover that they also need each other, and that sisterhood, to make it through what is currently happening in their individual lives.

Tears, laughter and most importantly heart are at the center of this poignant drama. “If Not Now, When?” captures the essence of those female bonding movies that were prevalent in the 90’s, while telling a story that is stirring and will most certainly tug at your emotions.

Watch a short crowdfunding video for If Not Now, When?, and support the project HERE.