The Ups and Downs of Being Gay in a Conservative, Religious, Jamaican Family. 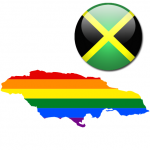 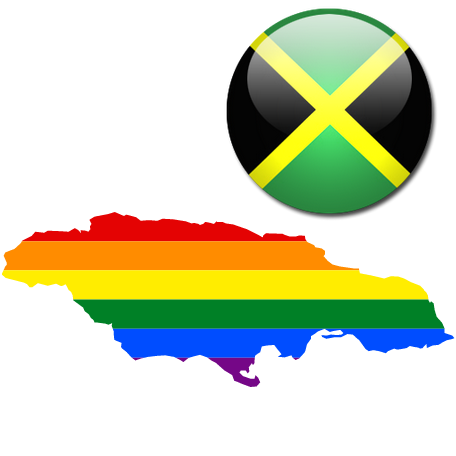 We are taught from school, our parents, and society from an early age that life is black and white and while it was necessary to set standards and boundaries for us when we were younger, the older we got the more evident it became that things weren’t so black and white in the world. Moral issues, such as abortion and euthanasia, aren’t as cut and dry as some would have us believe. Are mothers who are unfit or choose to otherwise terminate a pregnancy morally bankrupt? I don’t think so. Persons who are terminally ill and choose to end their life through medical recourses have every right to do so. Some would say in both instances a serious crime against God has been committed and as I’ve come to observe, life isn’t quite that black and white. Most of us live in various shades of gray.


I come from a very traditional and religious background. I grew up in the Jamaican Pentecostal church and if you’re familiar with the practices of the church, then you know of the theatrics involved (getting the holy ghost or holy spirit) and the legalism that’s pervasive. The Bible is taken literally and when folks deviate from the confining set of standards they are perceived as weak and not “true Christians”. Due to the strict codes such as (wearing modest clothing, not wearing makeup, not listening to secular music, avoiding alcohol, no smoking, etc.) life isn’t gray at all but simply black and white. You either follow the bible with the literalness that’s expected or you don’t. So when I “deviated from the norm” by coming out of the closet as a lesbian at nineteen, you could imagine the judgment and total non-acceptance. My mother’s initial reaction was that she knew I was a lesbian, and my father simply said he would pray for me–after all this could only be a phase–and even today they continue to “pray the gay away.”

All members of my immediate family ultimately believe my sexual orientation is immoral. However, they all have reacted differently and have varying levels of tolerance. I feel the most myself and accepted by my two sisters. They have their moral stance about my sexuality but since day one of my coming out, they have never said a negative or judgmental word. My brother recently came along some months back to catch a glimpse of trans activist and actress Laverne Cox talk at the University of Georgia. I saw this as a step in the right direction, and he’s since been more open to talking about my position as being a gay WOC and how my family’s positions and reactions have affected me.

As for my parents, they have had the hardest time coming to terms with my sexuality. A nasty argument ensued between my parents and me when the Supreme Court declared The Defense of Marriage Act unconstitutional. To sum it up, their stance was that the world was going downhill because “the gays” were taking over and we were immoral and our advancement was a sign of the world coming to an end. Venomous words were spewed by both parties and we came away realizing neither would change their stance on the issue. It’s said that people are afraid of what they don’t know. There’s so much truth to the statement. For far too long, sexuality on a whole, especially homosexuality has been something not regularly or even openly talked about. Those who don’t understand homosexuality tend to have a let’s not even talk about it attitude toward the issue. Homosexuals are automatically deemed as “immoral” or “other” and there’s a forceful defiant attitude that’s present when the issue is addressed. My issue with those in opposition isn’t the fact that we have dissimilar views, but instead I’m always saddened by the fanatical manner in which opposition is shown. Using religion to co-sign hate and discrimination is never o.k and people often use the Bible to defend their personal misunderstandings about homosexuality. The religious right have muddied the water by adding a hateful message that many Christians have unfortunately clung onto. After all, Jesus commanded his followers to “love thy neighbor as thyself” (Matthew 22:39) and I see Christians doing quite the opposite. I don’t think Jesus will ever condone hateful and discriminatory behavior and laws that keep the LGBTQ population as second-class citizens.

Even in the difficult times, I try to put my experiences into perspective. I understand that my parents were engrained in a culture steeped in heterosexism, and that understanding is a long and arduous journey. Be it a type of thinking onset by the Jamaican culture or the Pentecostal church, being gay-friendly is simply foreign to them. Through it all, I know my parents are good folks–they are warm and geniune down to earth people.  They say parents go through a grieving stage when they find out their child is gay. They grieve for the ideas and hopes they had–the hopes that their child would marry and have a “regular” heterosexual life.  I want all those things but instead of a happily ever after with a man, I picture it with a beautiful woman.

It’s a stereotype that black people are extremely homophobic and while there’s some truth to this, my intent isn’t to paint a one-sided story. It’s been an emotional rollercoaster since coming out but my experiences with my conservative religious Jamaican family is just one of many. What it looks like to be black and LGBTQ varies among families; some have more positive experiences than others. I have one other family member who’s out and her immediate family is quite supportive. Her mother is an ally to us both and it’s a much needed balance in my life. I also have others in my extended family who are of great support and continue to be allies. They encourage me to live visibly and in my truth.  My hope is that even in the face of opposition we (the larger LGBT community) can proudly hold our heads high and continue to fight for our rights globally.

One love! Enjoy the video below.