There are THREE Separate Versions of Rihanna’s Met Gala Look in Existence. 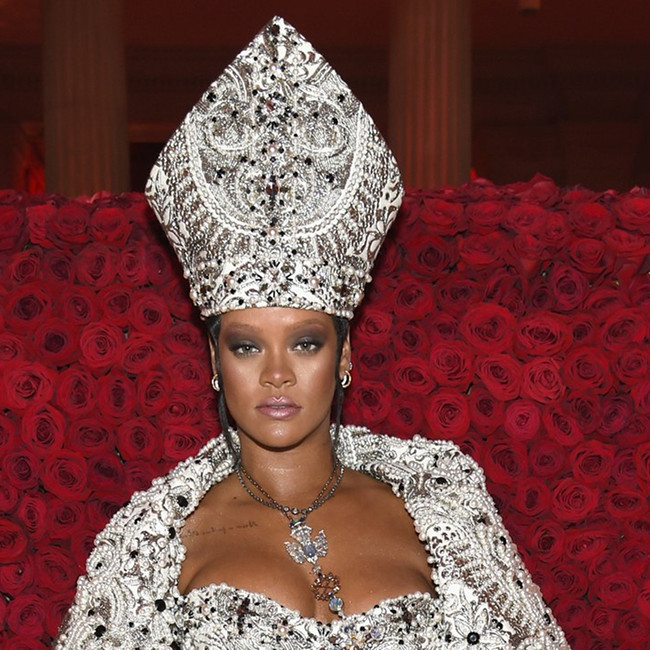 Rihanna had fashion lovers going wild when she stepped out onto the red carpet at the 2018 Met Gala. The pop star and fashion mogul wore a pope-inspired mini dress, jacket, and hat. The look was on the nose for the theme of the night, “Heavenly Bodies: Fashion and the Catholic Imagination.”

It turns out that there are actually separate three versions of the look, each designed exclusively for Rihanna by John Galliano.

Vogue Editor-in-Chief Anna Wintour revealed the existence of the extra dresses when asked about Rihanna’s style, during the latest installment of “Go Ask Anna.”

“I can never get enough of Rihanna’s style,” said Wintour, “The two opportunities beyond the cover shoots that we’ve done with Rihanna that I was able to work with her closely was the time she performed at the Met, and this past year when she was a co-chair. She asked Galliano to design a look which was an homage to the Catholic church.

“And she had the look she wore on the red carpet she had made in three different fabrics. She had it made in cream, she had it made in grey and she had it made in black. Each one was completely finished, completely perfect and there was a paper tiara made to go with it so it was obviously an homage to the holy father of the Catholic church. Whether the Catholic church saw it that way, I’m not so sure. She and John worked together so closely on that. Rihanna has a real love for fashion. How lucky are we to enjoy it?”

No word on where all three Galliano looks currently reside, but they are likely being stored safely and securely in an archive.