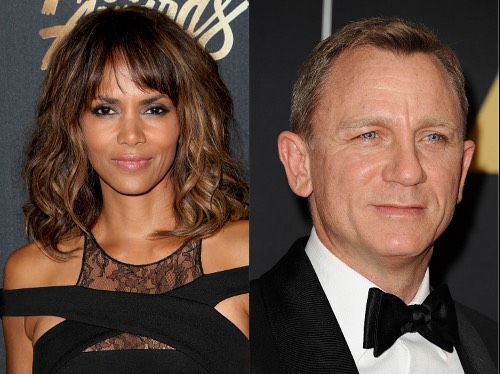 In movie news that couldn’t come at a worse time, an upcoming interracial romance set against a backdrop of the 1992 riots in Los Angeles is definitely not what we need right now.

According to Deadline, the film, Kings, will be directed by Turkish-French director Deniz Gamze Erguven and Halle Berry and Daniel Craig are set to star.

The project is set against a backdrop of rising tensions in Los Angeles during the Rodney King trial in 1992. Craig will play Ollie, a loner who lives in South Central — one of its only white residents — who befriends Berry’s character, a tough, protective mother who looks after a group of kids. When the riots explode in the city, Craig’s character helps Berry, who is secretly in love with him, try and track down the kids from the worst of the violence. Kings will have the same mix of lightness and tough emotion that made Mustang such a standout.

For many Los Angeles-area residents the wounds of the L.A. riots are still fresh. Despite the fact that the 6-day uprising received international attention, the media narrative was still skewed and often downplayed the death, frustration, and loss that led up to the riots.

From a foreign director, to an interracial romance that features Halle Berry, who has been in depicted in some pretty problematic relationships (ahem, Monster’s Ball) in the past, this project seems highly questionable. And of course, there’s the issue of the white savior, this time by way of Craig, a trope that Hollywood just can’t seem to let go of.

At the end of the day, Kings will likely be your standard issue Oscar-bait race movie. But, given the names associated with the project, the film’s backers and creators are likely gunning for international distribution and worldwide recognition. Kings will become yet another example of how America’s fraught history with race is often played out on the international stage for the sake of entertainment.

The recent fascination with the 1995 O.J. Simpson trial makes it pretty clear that the 90’s are back — in the worst possible way. Very few of these throwback conversations have actually resulted in any new understanding or empathy for the plight of Black people in America. I’m sure that Kings will be more of the same.

At the very least, I’m hoping we don’t get another cringeworthy sex scene.