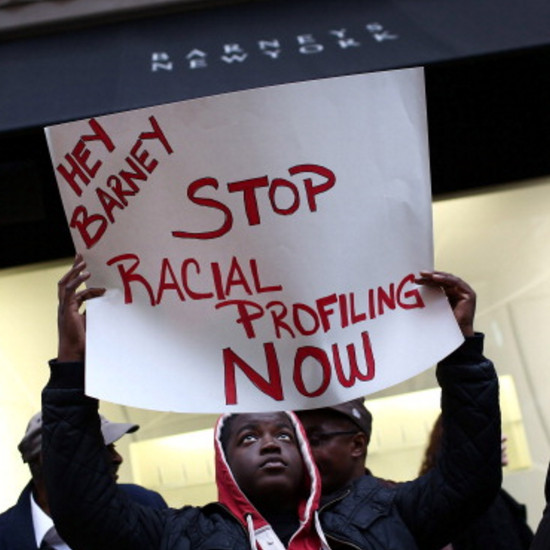 In 2013, a then 18-year-old Trayon Christian was racially profiled after purchasing a $349 Ferragamo belt from a Barneys department store in New York.

Christian, who filed a lawsuit against the luxury retailer said that when he left the store after making his purchase, he was questioned and then arrested by two New York City Police detectives. He was then detained at a precinct for approximately 2 hours and released after investigators determined that the debit card he used to make his purchase was legitimate.

News Christian’s “Shopping While Black” experience soon spread, and activists even gathered outside the department store, holding signs in protest.

“I brought the belt back to Barneys a few days later and returned it. I got my money back, I’m not shopping there again,” Christian said. “It’s cruel. It’s racist.”

Ferragamo even reached out to Christian, sending him a new belt and a note telling him that he was certainly welcome to shop with their brand.

A nursing student named Kayla Phillips, who is also black, came forward with her own story of discrimination while shopping at Barneys. Phillips said that she was detained after purchasing a $2,500 Céline bag at the store in February 2013.

Barneys vowed to rectify the matter with better training for employees and security staff and by working with a consultant. In August of 2014, the department store paid a $525,000 settlement to settle a suit brought on by claims of racial discrimination.

According to recent reports, the City of New York has settled the discrimination suit brought on by Christian for $45,000. Barneys also settled their suit for an undisclosed amount.