Venus Williams Back at Wimbledon Semi-Finals For the First Time Since 2009. 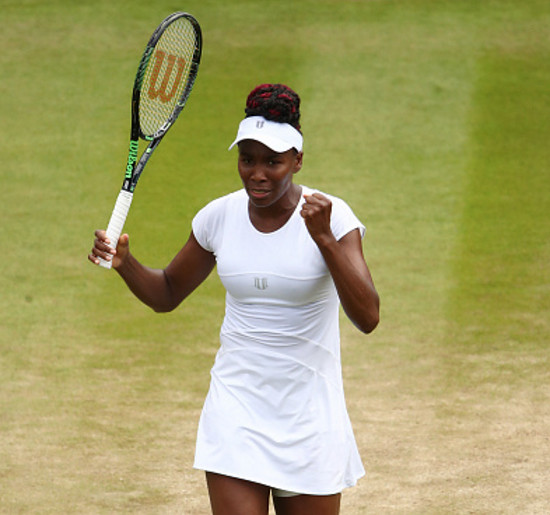 After a victory over Yaroslava Shvedova, the five-time champion reached the Wimbledon semi-finals for the first time since 2009.

Williams, 36, is the oldest major semi-finalist since Martina Navratilova, who finished as runner-up at Wimbledon in 1994.

Her recent victory marks a major turning point in her career, which has been plagued with career-threatening illnesses and major losses over the past few years.

Serena Williams, who beat Venus in the Wimbledon fourth round and the US Open quarter-finals last year, says that she’s looking forward to possibility of competing against Venus.

“It’s great. I say this constantly. I feel like she’s my best opponent, my toughest opponent,” said Serena.

“She was playing great last year. She’s been doing a lot of improvements. That’s been really good for her and super encouraging for me.”