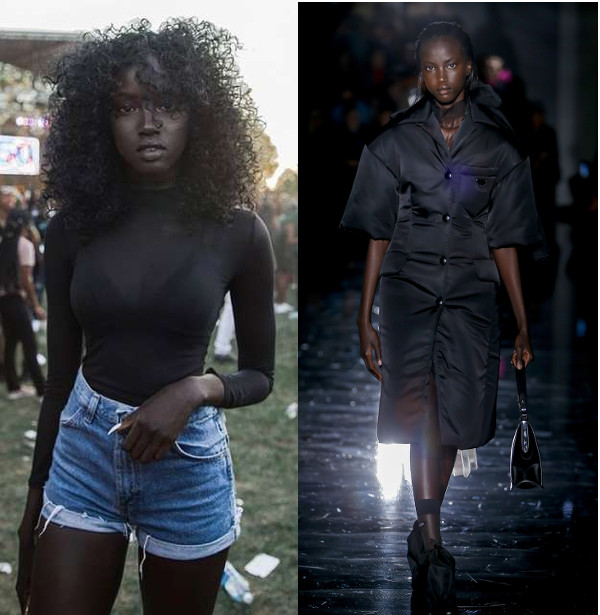 Anok Yai is definitely a model bourne of the social media age. Yai made history this week by the coming the second black model (Naomi Campbell is the first) to open a Prada fashion show. The stunning beauty stepped out first during Prada’s Fall 2018 runway in an all black look.


It all started when Yai, who is working toward her biochemistry degree, was snapped by The Sunk during homecoming weekend at Howard University. The picture went viral after it was posted on Instagram and soon agencies came calling. Yai soon signed Next Management and has featured in several editorials, ads, and shows since. She also appeared in Prada’s Spring 2018 campaign.