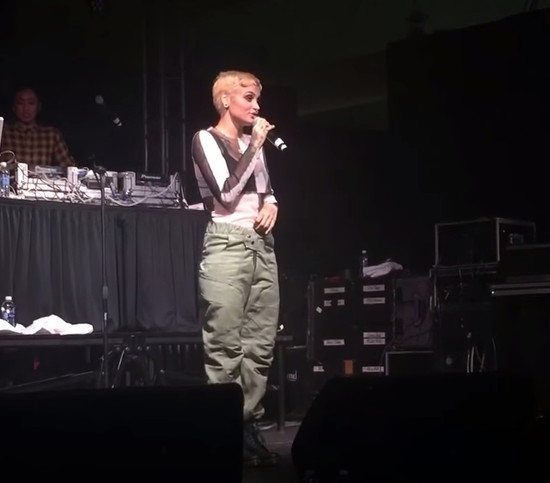 Back in March, news broke that singer Kehlani had been hospitalized following a suicide attempt. The situation opened up a much needed conversation about how young women in the public eye are treated, particularly when faced with a mental health crisis.

Since then, the 21-year-old musician has been steadily on the road to recovery and is even getting back into the swing of things with a slate of small performances. She is also using her platform to speak out about the mental health challenges often faced by young people.

At a recent concert, Kehlani took the time out to give a brief speech about the importance of supporting young people who are struggling with mental health issues. She admitted that she had attempted suicide in the past and also revealed her plans to work with the National Suicide Prevention Lifeline.

“If you have a friend and they’re scaring you a little, just love them. Just hug them, and love them up, and tell ’em that it’s good, okay,” Kehlani said to the audience. “And from me to you, you are worth it, you are perfect, you need to be here, you are meant to be here.”

If you or anyone you know is struggling with suicidal thoughts or depression, call National Suicide Prevention Lifeline at 1-800-273-8255.