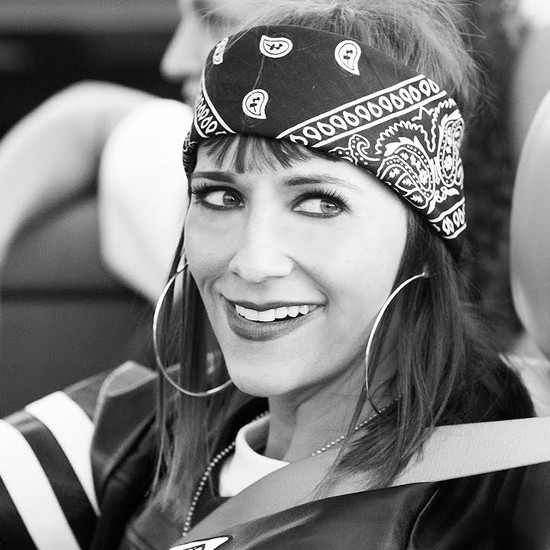 While most know Rashida Jones for her slew of comedy roles, it turns out that this funny lady is also pretty musically talented.

Jones, who is the daughter of iconic musician Quincy Jones also has a few musical credits on her resume, including backing vocals for Maroon 5, and guest vocals on the Tupac Shakur tribute album, The Rose That Grew from Concrete. For her latest musical foray, Jones draws inspiration from TLC, Boyz II Men, and more, in a 90’s style video that features cameos from Jermaine Dupri and Tevin Campbell, among others.

In an interview with Rolling Stone, Jones said,

The inspiration for the video that Will [McCormack] and I directed was to try to evoke the feeling of the Nineties, but not in a mocking way. I think for you and I both, it’s such an important time musically, emotionally and psychologically. Every part of us formed during the Nineties, and we took all of the quintessential R&B videos from the Nineties and did our best to recreate them.