Watch This. Fan Performs ‘m.A.A.d city’ Along With Kendrick Lamar on Stage at Sweetlife Festival. Kills It. 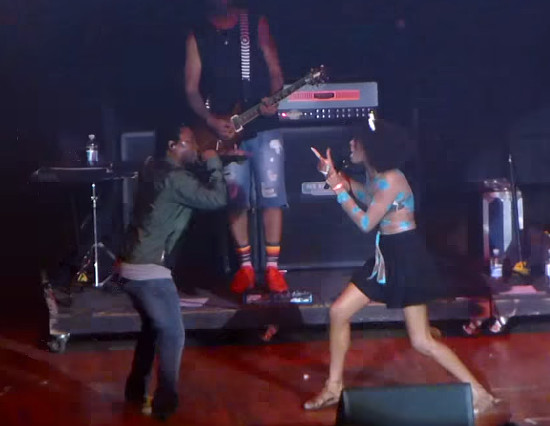 One dude totally bombed after being brought on stage by Kendrick Lamar during a performance of “m.A.A.d City.” The second time was a charm when a young fan named Ayanna tried her hand at the track. “For some reason, anytime I bring a young lady up here, they always outdo the men that come up here,” the rapper pointed out. Watch Ayanna kill it around 5:50. She also earned a seal of approval from the man himself, who simply stated, “she killed that shit.”