Watch This. ‘Men React to Their Girlfriends Getting Catcalled’ Another Example of How the Conversation About Street Harassment is Still Pretty Damned Problematic. 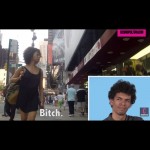 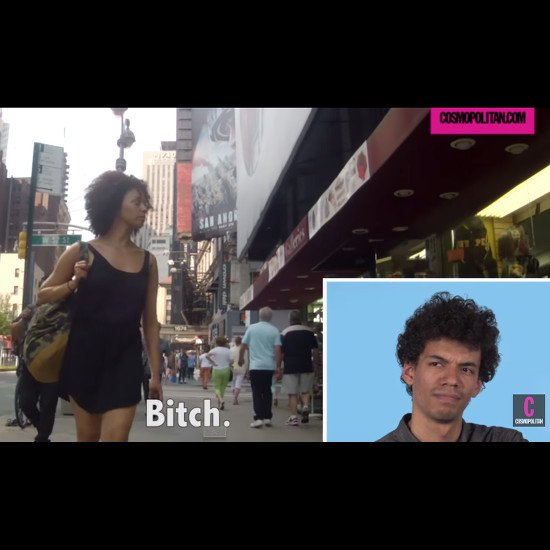 Cosmopolitan recently dropped this short video featuring three men watching and reacting to their girlfriends as they experience street harassment, via a hidden camera.


The men are understandably upset, and the video does serve a purpose — it brings men into the dialogue about street harassment. But just like that infamous viral video, a lot of things are still missing.

This time around, we have three women, instead of one, and one of them is a woman of color. Each of the women, who are distinctly different in appearance, endure comments that are tailored to their physical attributes. Olivia, a curvy blonde, gets offers to work at a strip club, which seemed to particularly incense her boyfriend of 8 months, Seth. While Tessa, gets comments about her natural hair, which her boyfriend Jon expected, even before watching the video. Amy’s boyfriend Miguel also anticipated the type of attention his heavily tattooed girlfriend would attract.

Throughout the video, there’s a lingering feeling of ownership. The clips almost serve as a warning to men — here’s what happens when you let your women go outside unescorted. At times it feels like the men are less concerned about their girlfriend’s feelings and more about their own as they watch their women be disrespected by total strangers.

Miguel even launches into an impassioned, yet cliché, speech about how every woman is “somebody’s daughter,” a statement that implies a woman’s value is intrinsically linked to who she belongs to.

We also have yet another viral street harassment video that mostly features black men bothering white women, in a world seemingly devoid of Asian women, or other women of color. Notice how Tessa, the only woman of color, is also the only one of the three women who has a slur thrown at her.

Then there’s the strange correlation between street harassment and our culture’s ongoing phobia of sex workers. If you’re a woman, walking unescorted, you’re available, you’re “for sale.” The strip club employee uses this dynamic to degrade Olivia by offering her job — and it works.

While it’s important to have men involved in the conversation about street harassment — how exactly can you make a video like this featuring women who don’t have boyfriends, fathers or brothers?