Weekly Feature. Rebel With a Cause. By Andrea Dwyer. 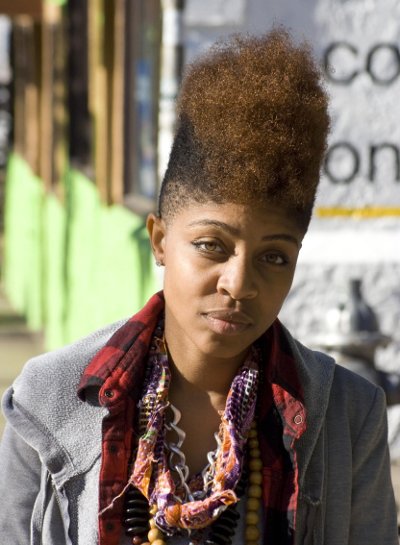 She’s opened for headliners including the likes of Janelle Monae, J. Holiday and Dwele but the notable fact seems to be the least exciting thing about this
promising star.


It’s 9 p.m. on a cool autumn night in Atlanta — Yani, of Yani and the Peace People, meets me for an interview after a hectic and busy day. She’s friendly; chatting me up about the church service she attended earlier (happily traveling two hours outside the city) and the hair show she worked at for most of the day. Sporting a well sculpted fohawk with the sides shaved low —dressed immaculately—there are also her quintessential beads hanging from her neck, a crisp blue button-down, close fitted dark washed Levi jeans, and brown slender Oxfords to boot (no pun intended). For this up and coming artist putting herself together is all about emotion more so than being fashionable, although she does so effortlessly. “I wear what feels good, she says. If it doesn’t feel right I take it off. I’m not into labels, especially where it comes to labeling people…I could be wearing a hundred dollar leather jacket and a two dollar button down…it’s really about feeling good in the skin you’re in.” Yani’s style is just a minuscule part of what makes this young talent a force to be reckoned with. We sat down over a delicious plate of southern fried chicken and mac and cheese to talk about a litany of things—from her beginnings in music to her latest projects, set to release in the coming months. 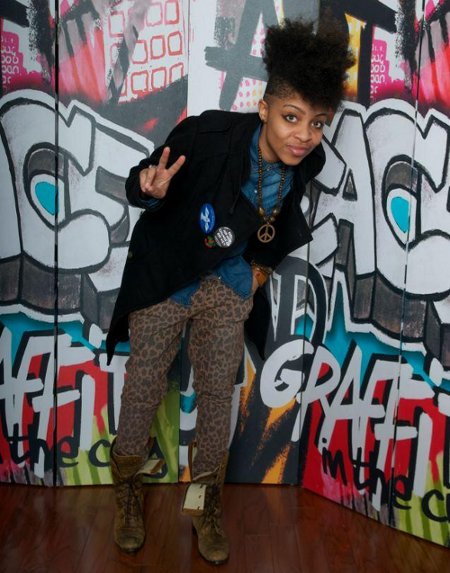 In order to fully appreciate this budding star, it’s important that you put away any preconceptions you may have about female emcees. Yani isn’t a pre-packaged artist conjured to appeal to the fickle masses. Her music has depth and a rousing consciousness comparable to that of seasoned rapper, Common. This “Peace Messenger” has already made a global impact gracing the stage in countries such as London, The Czech Republic, Germany, and Holland, to name a few. “I was born humming and singing” admits Yani, highlighting the fact that she has been around music all her life. A passion that stems from her roots in the black church. “The Black church was my first form of musical expression; it had a significant influence early in my life and continues to.” Her music, evoking viscerally while calling for tangible action, is one she describes as “movement music”. “Mo Betta,” a jazz infused piece that incorporates a sample beat from the movie ‘Mo Betta Blues,” perfectly shows off Yani’s vocal prowess and lyrical style. She spits: “I’m your medicine or ya reverend/literary visionary never the subsidiary.. /internalize the love, externalize the hate,” her flow is as smooth as it is succinct.

These days you’ll find Yani involved in a plethora of projects in and outside the studio. It isn’t unusual to find her and her band mates doing service projects as well as mentoring young people in their community. She affirms that, “in a culture that’s lacking togetherness in the mainstream, I think my message of peace is crucial.” She has a yearning to make a serious impact on those around her—the young artist walks the walk, practicing the motto of “one love”. Her mantra coupled with hard work and discipline has gotten Yani where she is and continues to garner her a multitude of opportunities. Always on the grind, helping however she can— not long ago she was involved with the Atlanta Women’s and Children’s shelter raising funds as well as buying jackets to clothe those in need. She proudly supports her neighborhood by investing time to community day at urban farms called “Peacepeople at the Park” that aims at teaching people to work and harvest their food. Back in September she took part in a conference that promotes the empowerment of young girls and just recently was a speaker at The Women & Girls in Georgia Conference at the University of Georgia. 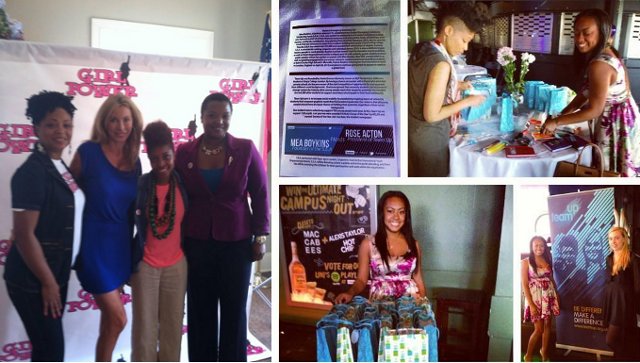 From left to right: Yani @ the girl power conference; S.E.A.’s School Supply Donation to the youth in London| Founder of S.E.A. & President of Team Up Nonprofit

The Spelman grad was initially a solo artist who eventually transitioned to working with her band, The Peace People. The collaborative process was one she was familiar with since her college days touring with the glee club at her alma mater and it was there that she learned the importance of discipline in the music industry. She adds “the glee club taught me about showing up, blending with others to create musical rhymes, the experiences taught me very well for the road that lie ahead of me.” The band has certainly added to the evolution of her artistry and the slew of projects lined up for the coming months connotes to Yani’s gumption towards honing her craft. An earnest twinkling smile befalls Yani as she describes the new trajectory of her new music. “The new stuff is raw, I’m not holding my tongue anymore,” she gushes as she elaborates. “You gone get it! What I’m doing now is exactly what I want to do. Not just lyrically. I’m talking production wise, even in terms of art work, conceptually making sure everything is detailed and on point.” The projects being put out range from a mixtape Who is Yani the Rebel as well as a live album that is tentatively scheduled to come out in 2014. 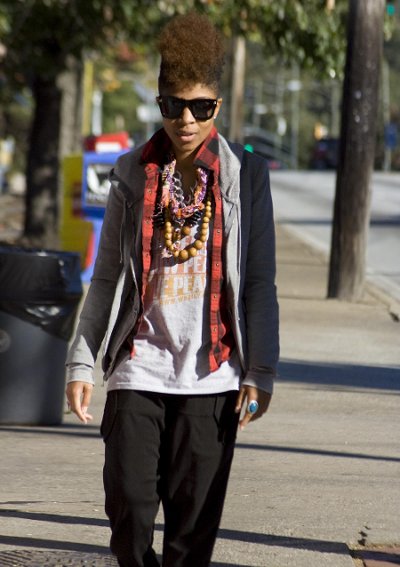 The sky is the limit for this artist on the move—her stirring message of love and peace awakens the soul and is a staunch contrast to much of the shallowness that has now infiltrated hip-hop. I’m certain there’s a larger niche out there for this refreshing voice—her growing fan base suggests that there is. While it’s safe to say that fame patiently looms around the corner for this preacher’s kid from New York, commercial gain isn’t the goal. At least for right now it isn’t. Even so, there’s no doubt that in due time she’ll be credited for her inspirational art and immense heart.

Check out Yani and the Peace People’s website to purchase music as well as a wide range of memorabilia. Follow on Yani on twitter for more on Yani and the band and their upcoming events and music.