What Are the Different Types of Guns? 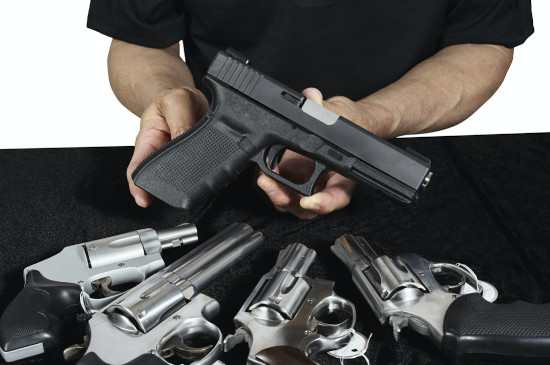 If you’re new to the world of firearms, learning the many different types of guns can be a challenge. At the same time, it’s important to do so if you want to make meaningful choices about things like purchasing weapons or even what regulations you do and don’t support.

It would be unrealistic to cover all types of guns in a single article since some are outdated (such as muskets) and others too obscure (like Gyrojets). Instead, we’ve put together a guide today that will cover the basics most people will want to know about in their day-to-day.

Semantics and the Gun Control Act

Before we begin, on some level, this is going to be an exercise in semantics. Some weapons are not easy to define, with some people arguing they fall into one group, another, or sometimes even multiple at once. That said, weapon categorization is a good starting point when understanding a weapon, grey areas aside.

Perhaps where a firearm’s “species” matters most is where the law gets involved. In the United States, Gun Control Act categorizes weapons and guides their regulation.

For simplicity, we will tend towards this act’s firearm categorizations. At the same time, some firearm enthusiasts might disagree with certain specifics of the way that act is worded.

If you’re interested in buying a gun, always remember to research local regulations first. As for where to buy a gun, we recommend you check out Arnzen Arms for a huge selection of weapons, accessories, and more.

Pistols are weapons designed to be held in one hand. They are capable of firing a bullet from one or more barrels (with the vast majority of modern firearms only having one barrel). They tend to be fast to draw and, for better or worse, easy to conceal.

Modern pistols tend to be semi-automatic, which allows them to be fired relatively quickly. A modern pistol magazine can be expected to carry 10 or more rounds, with lower (or much higher) capacity also not unheard of.

Revolvers are another type of pistol both common enough and different enough from other common pistols on the market that they bear differentiating here.

Revolvers use a breechloading chambered cylinder. This cylinder holds the weapon’s rounds and rotates as one cocks the weapon or pulls the trigger. Most revolvers hold between 5 to 7 rounds and tend to be heavier than pistols.

As for which type of weapon a user should purchase if considering their options, it depends on one’s needs. Most experts recommend a quality semi-automatic pistol for home defense and everyday carry (where such weapons are legal). Meanwhile, revolvers are popular range and sport weapons.

Lastly, it should be noted that a proper pistol grip will still use both hands, as that offers more stability and control. While these weapons can be fired with one hand, it is not usually beneficial to do so.

Shotguns are weapons designed to fire from the shoulder, firing fixed shotgun shells. These shells contain ball shot or, less commonly, a single projectile (such as a slug).

The rate of fire and loading mechanism of civilian shotguns vary somewhat. Double barrel and single-shot shotguns are not uncommon, although higher capacity weapons are often purchased for home defense or hunting purposes.

The two most common types of shells used in these weapons are birdshot and buckshot shells. Filled with multiple metal pellets which spread out when the weapon is fired, these shells allow for the weapon to hit a wider area, rather than the single spot a bullet would hit.

As implied by their name, these shells serve different purposes. Birdshot uses smaller pellets and works best for hunting birds and for most sport settings (such as when skeet shooting). Buckshot uses larger pellets, making it appropriate for larger game and for self-defense.

Entire articles can and have been written on the different types of rifles. That said, the Gun Control Act defines a rifle as a weapon designed to fire from the shoulder and able “to use the energy of the explosive in a fixed metallic cartridge to fire only a single projectile through a rifled bore for each single pull of the trigger.”

Put more simply, these shoulder-fired weapons tend to be long-barrelled and are generally capable of firing rounds that are larger than pistols can and with more accuracy.

Beyond that, the capacity, rate of fire, and firing mechanism of rifles vary quite a bit. Perhaps more than any other type of weapon, the debate about what kinds of rifles civilians should and should not be able to carry sees a great deal of controversy.

As for the (valid) question of what defines an assault rifle? It’s difficult to answer, with some rejecting the term altogether. Complicating the matter further, one will find legal definitions of assault rifles and assault weapons often vary quite a bit too.

For those who believe the term “assault rifle” is useful, it generally refers to military-use rifles capable of automatic fire. Meanwhile, “assault weapon” tends to be a legal classification that covers a wide variety of weapons (not just rifles) for the purposes of regulation. If you’re unfamiliar with what defines an assault weapon where you live, be sure to do your research so as to ensure you are compliant with all local law.

Guns, like any other tool, are not “good” or “bad.” Different types of guns serve different purposes. Some are good for sport; others for defense or military use.

Whether you’re considering a purchase or trying to decide how you feel about various regulations, it’s important to keep that thought in mind. Do your research about the weapons you’re thinking about, paying attention to traits such as their rate of fire, the types of ammunition they take, and their intended purpose. The broad category they fall into will rarely tell you all you’ll want to know.

If you found this article informative, check out more of our content on Tech and more!