What ‘Choosing Your Battles’ Means For Black Women and Girls. 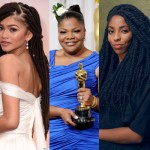 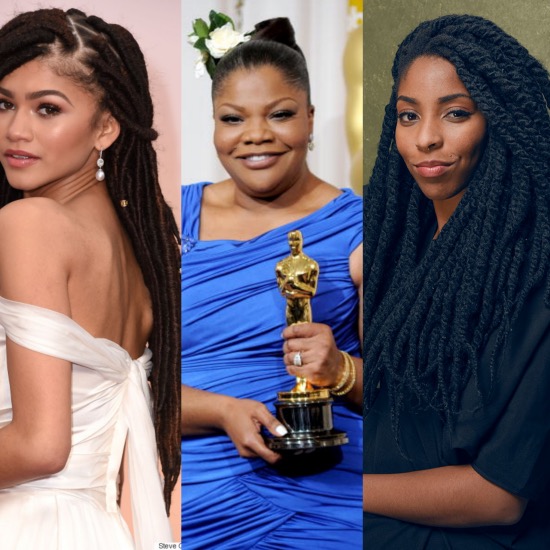 Whenever a black woman asserts herself or responds to detractors, the phrase “choose your battles” inevitably pops up. Those three words are invoked constantly on social media and on blog posts. The phrase’s cousin, “bigger fish to fry” usually comes to the party with another relative, “it’s a distraction.” But all of these sorts of arguments, despite being a call for focus, are derailments nonetheless. There’s always another battle and another situation — it never ends.


The past two weeks have been a hell of ride for black women and girls in the public eye. We’ve seen Mo’Nique, Jessica Williams, and Zendaya all make attempts to protect their image, while preserving their agency and their sense of self.

When Jessica Williams declared to hopeful fans that she was “extremely under-qualified” to be the next host of The Daily Show, some fans were disappointed, others logically accepted the news, but one writer decided to take her response a step too far. Writing for The Billfold, Ester Bloom declared Williams a “victim of imposter syndrome,” who merely needed to “Lean In™.” According to Bloom, despite the fact that Jessica Williams had already said her piece, the young comedienne was simply in desperate need of a “pep talk.”

Bloom apologized profusely to Williams on Twitter after Williams responded to the article, calling it “really insulting” — which it was. But, the damage was done. By the end of the day, another short piece about The Daily Show correspondent was published online in TIME, claiming Jessica Willimas had “fired back at fans.” The title and content of the article have since been corrected.

Williams hasn’t been active on Twitter after her exchanges with both writers over a week ago, but the following Tweet is still is still pinned to the top her profile:

I am a black woman and I am a feminist and I am so many things. I am truly honored that people love my work. But I am not yours.

And there’s also this

No offense, but Lean the Fuck away from me for the next couple of days. I need a minute.

Star tennis player Venus Williams delivered a clapback of her own, after defeating Barbora Zahlavova-Strycova at the Qatar Open last week. Zahlavova-Strycova, a sore loser, tried to stare down Williams after her loss. Williams responded to the look by cooly asking, “Was that look for something?” Zahlavova-Strycova quickly averted her intense gaze and replied “Well done?” To which Williams replied, “Okay, good.”

The small exchange is one of the hundreds of microaggressions that both Williams sisters have dealt with from opponents and the media throughout their storied tennis careers.

The we have Mo’Nique, who spoke of her being blackballed after refusing to “play the Hollywood game” by campaigning for an Oscar for her role in Precious. Her colleague, fellow actress Sheryl Lee Ralph sat down with Access Hollywood after the news broke, and declared that Mo’Nique needed to “shut up, sit there and look pretty. It’s the truth. That’s a part of the game too.”

And finally, we have Zendaya; the young actress delivered an eloquent response after “Fashion Police” host Giuliana Rancic joked that the faux locs she wore to the Oscars last week looked like they “reeked” of patchouli oil and weed.

Despite the outpouring of support for Zendaya, many called the controversy “a distraction” from the actual oppression that black women face. Others claimed that the Disney alum shouldn’t have dignified Rancic’s comments with any sort of response.

The fact that these women exist in the public eye and have achieved a level of a success is a testament to the compromises they’ve made — to the battles they’ve chosen and not chosen.

For the average black woman, choosing the “wrong” battle can be career-ending and can jeopardize our ability to support ourselves. For young women, choosing the wrong battle can mean being ostracized from peers.

No matter how strong our convictions, we’ve all been there. We’ve all been in that place where we wanted to “fight the power” but instead we had to keep quiet. This is why so many of us root for Venus and Serena Williams, Mo’Nique, Jessica Williams, and Zendaya. From the boardroom to academia, to behind a cash register — we choose our battles constantly, often without even realizing it.