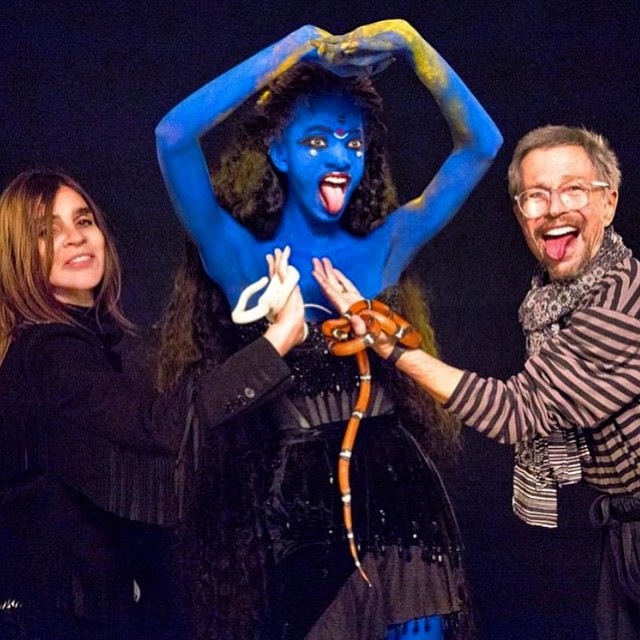 
The blue paint and snakes indicate that Smith is dressed up as Kali, a fierce goddess of empowerment in the South Asian religion of Hinduism. Kali is also a somewhat popular Halloween costume, much to the chagrin of devout followers of the religion. Heidi Klum drew sharp criticism when she stepped out in blue paint and prosthetic arms to channel the goddess in 2008.

The image is already stirring up controversy, “Damn. Here comes more cultural appropriation,” writes one commenter. “Omg this is just offensive. A lot of my Hindu friends will be disappointed by this,” writes another commenter.

According to the tags, the shoot is for an upcoming issue of Harper’s Bazaar, I’m guessing an international edition. Cultural appropriation issues aside, I can’t wait to see the final product.