#WritersRoomSoWhite. This Picture Has ‘Orange Is The New Black’ Fans Asking Questions.

by superselected · Diversity in Hollywood, Diversity in Television, Film, Media, Orange Is the New Black · 22 Jun 2016 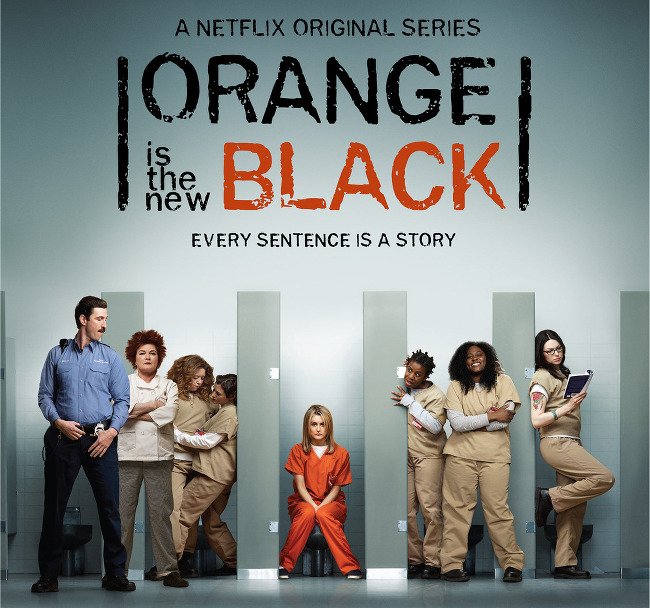 Ever since it first premiered in 2013, Orange Is The New Black has received heaps of praise for making major strides in the representation of LGBTQ individuals and women of color. The Netflix series, which is currently in its fourth season, still stands as one of the few shows that consistently features diverse characters with a fully fleshed out backstory.

Back in 2015, the OINTB‘s writer’s room tweeted out a photo of themselves wearing orange in support of the 1st National Gun Violence Awareness Day. And let’s just say that it appears that most of the diversity on the show seems to be taking place in front of the camera, rather than behind it.

Since then, quite a few fans of the show have questioned the lack of women of color behind the scenes at Orange Is The New Black. In light of the premiere of the recent season, which makes blatant use of racial slurs, the image has been resurrected. Several Twitters expressed discomfort over the fact that several of the racially charged storylines were being written by a largely white staff.

This pic of the Orange Is the New black writer's room raises so many questions. #OITNB pic.twitter.com/o6xKJUD7SN

While many fans are calling on Orange Is The Black to “do better” this problem definitely isn’t unique to this particular series.

Earlier this year, Straight Outta Compton, which featured a mostly black cast and was helmed by a black director, saw its only Oscar nomination go to the film’s two white writers.

British screenwriter Misan Sagay recently called out the issue of mostly white writer’s rooms, in an interview with The Guardian. Sagay, who wrote the critically acclaimed Amma Asante film Belle, points out diversity in front of the camera but not behind it often leads to the creation of stereotypical characters.

“The way black women are portrayed in film has never been in the hands of black women – until really very recently – and so there are certain stereotypes people are comfortable with,” she says.

Sagay continues to work on projects which center black protagonists, but she is also collaborating with Tisch School of Fine Arts in Florence for a program that pairs aspiring black screenwriters with established ones.

Creators like Sagay, Asante, and Ava DuVernay remain rare in a largely white industry. I’m hoping that as we push for diverse actors, we continue to support diverse creators.

Thankfully, Issa Rae, who is set to premiere her new series Insecure on HBO this fall recently shared this image of her show’s writers.