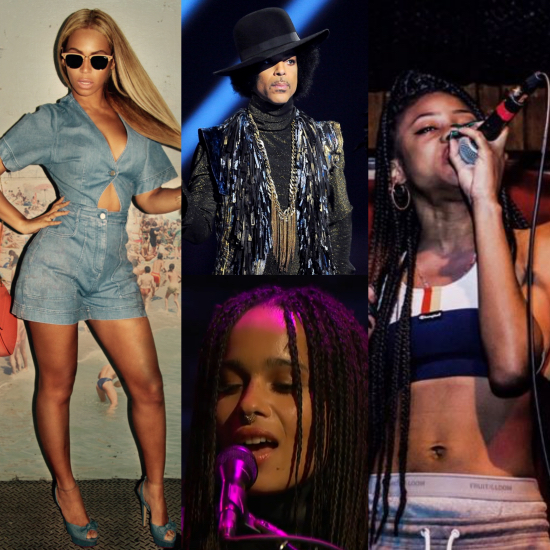 We have for you among other things, covers and loads of remixes.

Prince teams up Eryn Allen Kane to lend his timeless funk to a rallying cry in support of Baltimore.

We told you some weeks back that Denitia, one-half of Denitia and Sene, has been busy doing her solo thing. Get into her latest, a chill-breezy track.>

I’m not moved by the cover, but I like it.

Nothing compares to the original, but the upbeat remix is for sure catchy.

The British singer with the unique voice croons about craving that special someone.

The latest from LA based, soul-singer, Alex Isley. Also, get into her EP The Love/Art Memoirs.

The blend of Stromae’s native tongue and Major Lazer’s beats make for a delicious remix.

An upbeat, refreshing take of the legendary singer’s track.

A sweet lullaby from the young talent. He’s set to perform alongside Ms. Erykah Badu and others at the Roots Picnic at the end of the month.

The Bronx rapper seems like the kind you definitely don’t want to cross.

Beyonce- “Partition” (With You Remix)

An electro-heavy revamp of Beyonce’s “Partition,” with French singing infused throughout.

Aaliyah – “One in a Million” (Remixed by Tink and Timbaland)

The seasoned producer teams up with his protégé to remix one of the many hits that launched his and Missy Elliott’s careers.

The Afro-pop songstress recently premiered this song which showcases her retro-infused sound. The music video was shot in her native Israel.

MeLo-X teamed up with visual artist Awol Erizku to create this hazy, intense mixtape for upcoming event at the Museum of Modern Art in New York.