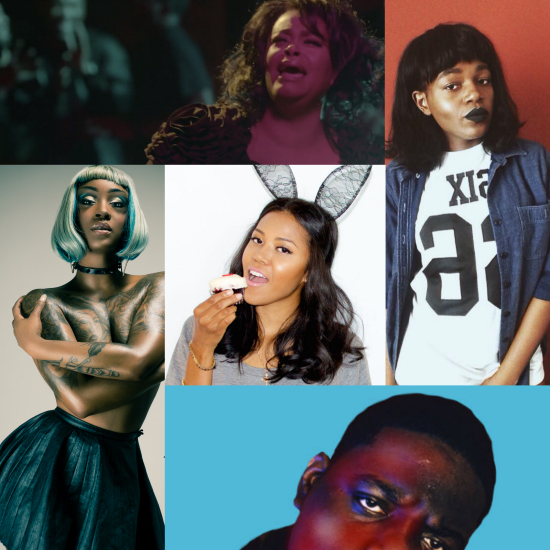 This mixtape was actually made back in 2011 and never released, but the artist recently decided to share it.

A deeply emotional hit from the songstress.

A cool black and white video for what sure to be a R&B/Pop hit.

In which this East London songstress’ song gets a new life as a dreamy, futuristic track.

A soulful, yet theatric collection of songs about heartbreak.

A driving, bass-heavy track from the melodic pop songstress.

In which this alternative Rock/R&B/Funk bands channels 90’s nostalgia with a song and video inspired by “Hey Arnold.”

Estelle – “Stronger Than You Think”

The Brit songstress recently recorded a new song for the animated show “Steven Universe” as the character she voices, Garnet.

The offbeat rapper strikes out on her own for this solo EP.

An addictive series of mash-ups of indie darling FKA twigs and the late, great Notorious B.I.G.