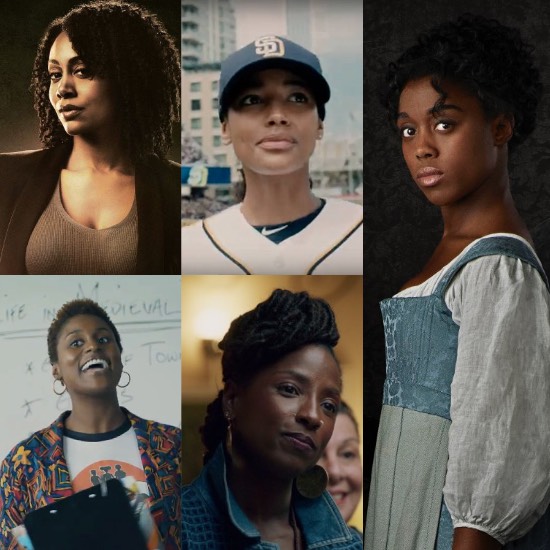 The upcoming fall season looks promising with a growing list of options as the face of television continues to evolve. Check out some of our picks below as well as these latest statistics.

Created by Misadventures of Awkward Black Girl creator Issa Rae, Insecure will focus on “the awkward experiences and racy tribulations of a modern day African-American woman.” Rae is starring in the show, alongside comedian Yvonne Orji, who plays her best friend.

“Nicole Byer is living the Hollywood dream. Well, Hollywood adjacent (the deep valley, to be precise), and it’s not so much a dream but a struggle. In this hilarious half-hour comedy, we’ll watch as Nicole — exuding her special display of confidence and irreverence — demonstrates the comical missteps of what it means to be out on your own for the first time.”

“A media storm sets off when an African-American cop kills a white teenager in a small North Carolina town.” Created by Gina Prince-Bythewood and Reggie Rock Bythewood, the series will star Sanaa Lathan.

Written by Heather Mitchell, and based on the book by Melinda Taub, “Still Star-Crossed,” is set in 16th century Verona and stars British actress Lashana Lynch. It picks up where Shakespeare’s original work ended and chronicles the complicated relations between the Montagues and Capulets in the wake of the Romeo and Juliet’s tragic fate. The families decide that the only way to end the bloody feud is through marriage. A young member from each family is picked and then forced into marriage.

“‘Queen Sugar’ tells the story of the estranged Bordelon siblings in Louisiana. At the center of the family are Nova, a journalist and activist; Charley, the wife and manager of an NBA player; and formerly incarcerated father Ralph Angel, who is searching for redemption. Following a tragedy in the family, the siblings must put their complicated lives aside so that they can come together to run the clan’s struggling sugar cane farm. Also involved in the farm are Aunt Violet and family friend Remy Newell.”

Premiere Date: September 6. Watch past episodes On Demand via your cable service provider.
Network: OWN

Canadian model/actress Kylie Bunbury stars in Pitch, a new series about the first woman to break the gender barrier in Major League baseball.

“Given superstrength and durability by a sabotaged experiment, a wrongly accused man escapes prison to become a superhero for hire.” Simmone Missick is set to star as lead character Misty Knight.

Created by and starring comedian, social media star, and Buzzfeed Motion Pictures producer Quinta Brunson, “Broke,” is an 11-episode scripted comedy about a group of friends and their financial struggles. The series will also star Maurice Williams and Paul Dupree.

A series inspired by the 1973 film of the same title written by Michael Crichton about a futuristic theme park populated by artificial beings. Thandie Newton stars, alongside Anthony Hopkins, Ed Harris, and Evan Rachel Wood.

“Little Miss Atlanta” is a four-episode “Toddlers and Tiaras” spin-off that chronicles the fiercely competitive world of the Little Miss Black US Pageant in Atlanta.