17-Year-Old Makayla Gilliam-Price Emerges as a Prominent Voice in the #BlackLivesMatter Movement. 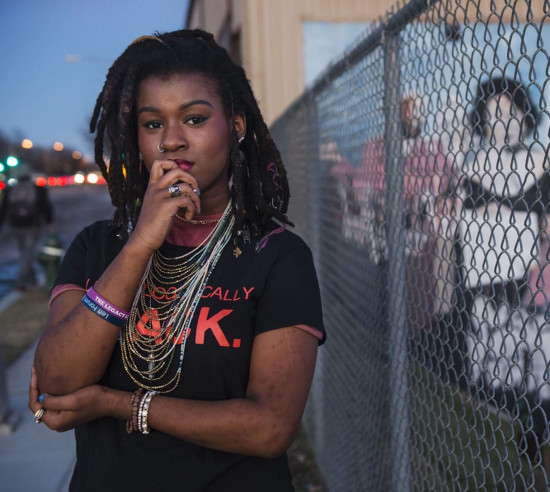 At the age of 17, Makayla Gilliam-Price is juggling applying to colleges and working to make Baltimore a better place for the next generation.


Gilliam-Price was first drawn to activism at the age of 15, after attending a debate camp. Since then, the teen has emerged as a prominent voice in the Black Lives Matter movement. Gilliam-Price has actively spoken out not only about police brutality, but also about the socioeconomic issues that affect the residents of Baltimore.

Last year, she delivered a rousing speech as part of City Bloc, the grass-roots student organization that she co-founded.

“I want to ask those standing with the people of Baltimore, did we love Freddie Gray before he was killed or only now that he is gone? This needs to be a ‘Black Lives Matter’ movement, not ‘Black Deaths Matter.’ This needs to be a movement of affirmation that expresses our desire to stop these killings before they happen and to love each other enough to do it.”

Just recently, Gilliam-Price played a major part in the removal of Victor Gearhart, a high-ranking Baltimore police officer and police union vice president, from his post. Gearhart had fired off several racially-charged tweets, including some in which he called protesters “thugs.” The young activist brought attention to Gearhart’s public messages via her blog. Despite the controversy, Gearhart continued tweet, even throwing insults at Gilliam-Price. Eventually the The Baltimore City Fraternal Order of Police distanced itself from Gearhart.

In the accompanying blog post, Gilliam-Price urged her followers to “read and share these tweets, understand the magnitude of Gearhart’s words given his position of power, counter mainstream media narratives that leniently characterized Gearhart as simply “dispirited,” and go after the policies that uphold and protect the actions of police that are inexorably linked to supremacist attitudes such as Gearhart’s: demand that the Law Enforcement Officer’s Bill of Rights be reformed, demand a civilian review board with legitimacy, demand police accountability.”

Makayla Gilliam-Price hopes to attend Occidental College in Los Angeles or the New School in New York City in the fall. She also plans to keep working towards a better future and to keep fighting for equality.

“I was literally born into a movement to save and affirm black lives,” she says.