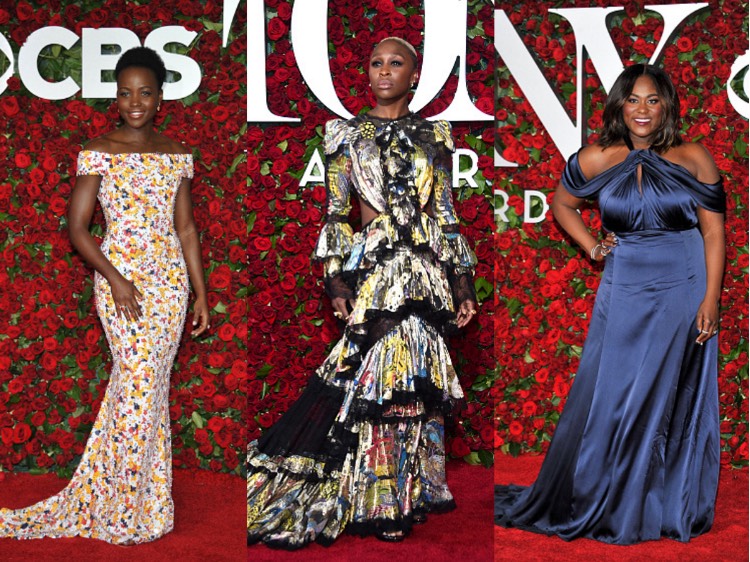 The 2016 Tony Awards were all about diversity, with Hamilton sweeping the show, and The Color Purple putting on a killer performance. Star Cynthia Erivo, who hit the red carpet in a stunning gold number by Roberto Cavalli took home the award for “Best Actress in a Leading Role in a Musical” for her role as Celie in The Color Purple.