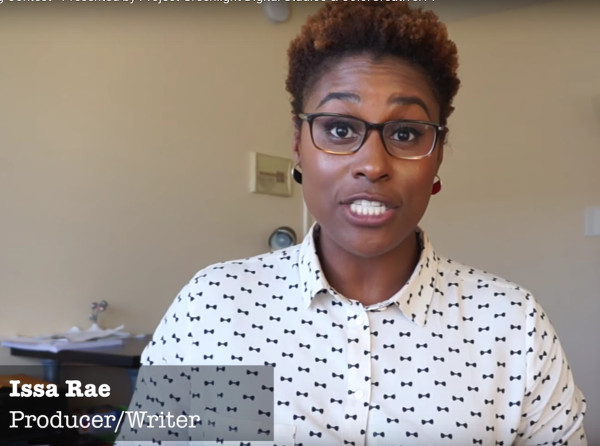 Indigenous Media, an organization that focuses on creating digital content for emerging platforms, has partnered with Women In Film Los Angeles, the Producers Guild of America’s Women’s Impact Network, the Women’s Project Lab, the Alliance of Women Directors, The Kilroys, and The Lillys, to creator Made by Women.

Each organization will hand select three candidates, and Indigenous Media will narrow down this list of candidates and assign them to the mentors. Based on the writing samples, each mentor will select a final candidate.

The mentors will guide and encourage their candidates through the process of creating a pilot script for their series. Indigenous Media will then finance a short based on each mentor pairs’ pilot script, with the potential to produce and fund a full-length version.

Brought to you by Issa Rae’s ColorCreative and Project Greenlight Digital Studios is a new competition focused on finding emerging and diverse writers. The winner will be given the opportunity to develop and produce a digital series anthology, based on a pre-selected theme.

3. The National Black Programming Consortium is Offering $150,000 to Independent Filmmakers.

According to Black Enterprise,

Launched in October 2014, NBPC 360, the organization’s incubator and fund, identified and selected both broadcast and Web documentary series and a short narrative Web series. Producers were awarded between $50,000 and $100,000 to develop their pilots. The group is launching year two of its 360 Incubator and Fund as they are looking for the next innovative stories about black people.