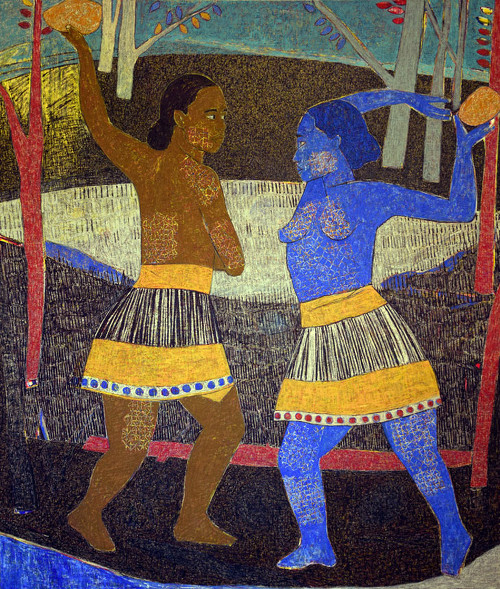 An upcoming show at London’s famed Saatchi Gallery hopes to address the ongoing gender disparity in the art world.

The exhibition, titled “Champagne Life,” opens on Thursday and will feature the works of 14 contemporary women artists. Mequitta Ahuja, an African-American artist, who is also of East Indian descent is one of 4 artists of color whose work will be featured in “Champagne Life.”

Ahuja, who lives and works in Baltimore, Maryland, draws from her East Indian heritage, as well as her own life to create her unique style of biographical portraiture. Ahuja, calls her portraits an “automythography,” a term borrowed from Audre Lorde’s “biomythography.” Ahuja’s works blend reality, fantasy, religion, and mythology, and incorporate aspects of 15th century Persian manuscript The Hamzanama and Hindu miniature painting. Vibrant cobalt blues are the stand out hue in her mixed media pieces that often employ acrylic, watercolor, chalk, and oil. The subjects in Ahuja’s works are often set against intricate and embellished backdrops, further blurring the line between fantasy and reality. 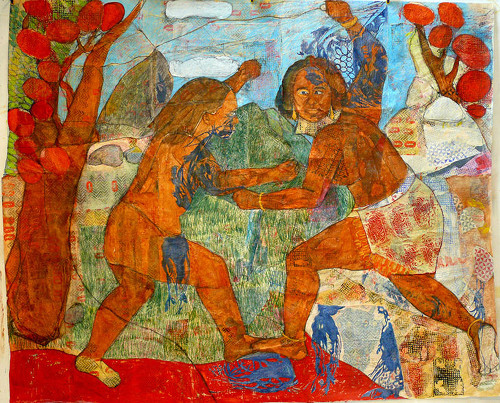 “Champagne Life” is one view at the Saatchi Gallery in London from January 13 to March 16.