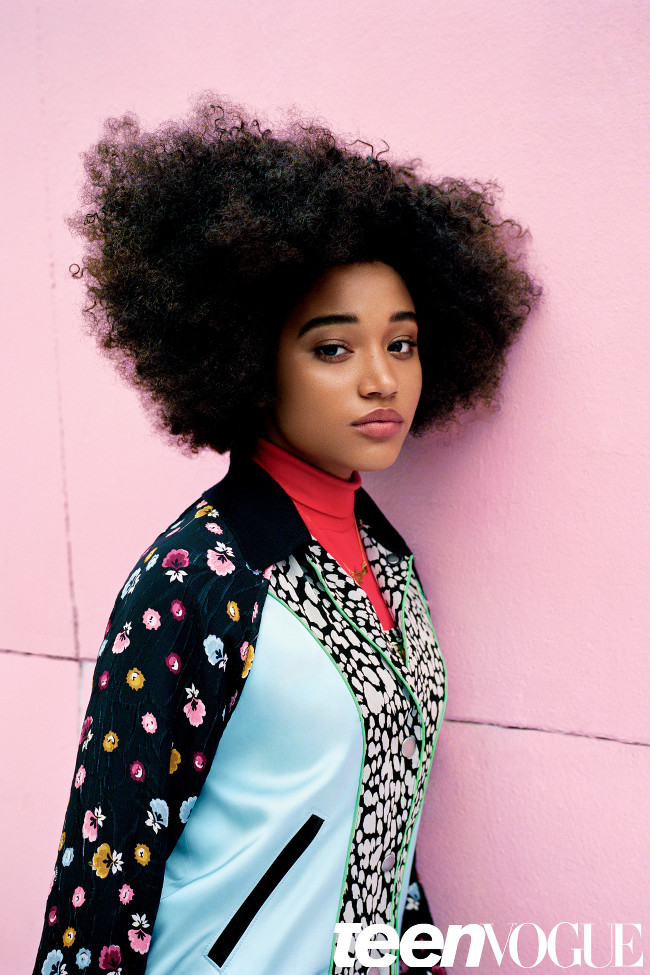 SOLANGE: Absolutely. I want to have the freedom to wear a long weave down to my ass tomorrow if I want to, and then wear it in crocheted braids, and then have it so straight that my edges are laid. [Laughs] So when was the moment that you realized exactly what you were taking on just by existing in this space?

AMANDLA:
It was when I was 12 and I got cast in The Hunger Games, and people called me the N-word and said that the death of my character, Rue, would be less sad because I was black. That was the first moment I realized being black was such a crucial part of my identity in terms of the way that I was perceived and how it would affect any line of work that I wanted to pursue. I often find myself in situations where I am the token black person. It can feel like this enormous weight. I have definitely had moments when my hair felt too big or like I needed to make myself… 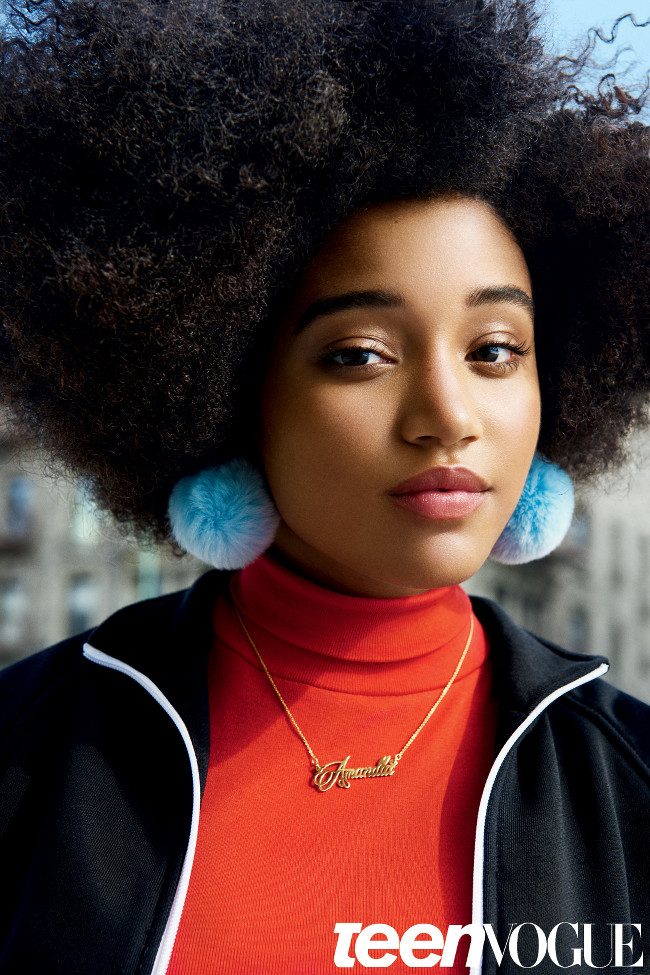