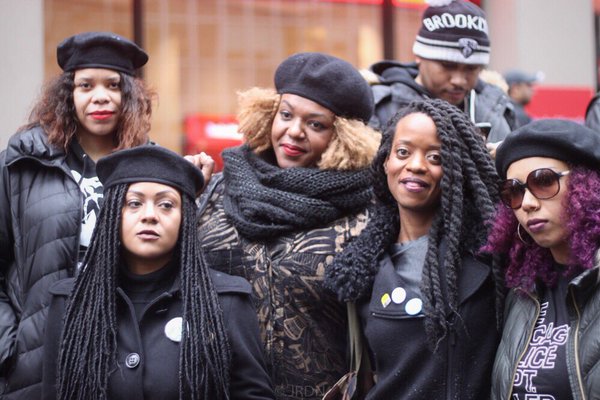 Following Beyoncé’s powerful, but heavily criticized and debated Super Bowl performance, word soon spread that a group of demonstrators would be gathering outside NFL headquarters in New York City. The group called “Proud of the Blues” planned to express their opposition to the singer and her performance as well as her “anti-police” sentiment.

It turns out that this morning’s Anti-Beyoncé was a bust, with only two protesters showing up. Meanwhile the pro-Bey group was in full force with signs and signature black berets, a nod to the Black Panthers and the costumes worn by Beyoncé’s backup dancers during her Super Bowl performance. The members also stressed that their protests were for everybody

The protestors didn't show up, but we did! #getinformation #BlackLivesMatter #BlackGirlMagic #beyhive #nyc pic.twitter.com/Vso7FBmsC6

Much LOVE and RESPECT to the warriors on the front lines at the Anti-Beyoncé rally in NY! #GetInFormation pic.twitter.com/zRcb45wQp3