Apparently Ads For Period Underwear Are Also Too Hot For Taxis. 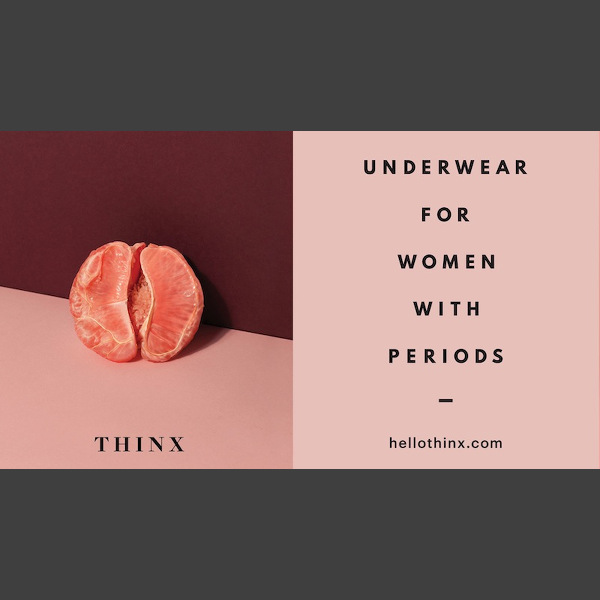 Just weeks after period underwear company Thinx settled a disagreement over ads for their products that were deemed too racy for New York City subways, it appears that Thinx is now battling another form of transportation.

Partners of Vistar Media, the company that oversees the ads that appear in New York City taxis, feel that the advert submitted to them by Thinx might offend some cab riders.

According to New York Magazine,

The brand submitted a 15-second commercial intended for taxi video screens on November 5 to Vistar Media, a company that offers geotargeting and data tracking. Matthew Michaelson, a digital strategist at Thinx, told the Cut his team wasn’t given specific guidelines for what’s considered acceptable. Vistar told him it fully supported Thinx’s ads but its advertising partners had final say on approval, and one partner was not having it.

In an email exchange obtained by the Cut, a sales representative at Vistar told Michaelson that Creative Mobile Technologies (CMT), a company that controls video screens in taxis, had rejected the ad, which features the same grapefruit and egg imagery that was approved by Outfront Media, then the MTA for subways. He was told: “Unfortunately CMT has decided that the creatives could be offensive to riders.”

Thinx CEO Miki Agrawal was understandably surprised by the decision, especially after social media outcry regarding the MTA’s hypocrisy drove the company that handles the organization’s ads to rethink their decision.

“I cannot believe it. The nerve to actually deny those after the onslaught of negative tweets that the MTA got from thousands of women,” said Agrawal. “It’s absurd.”

Thinx isn’t the only brand attempting to take the stigma out of periods. Teen period panties company Knixteen is also pushing conservative boundaries and prioritising an open education of puberty. The brand not only has an extensive blog, featuring common FAQs, like “can you sleep with a tampon in”, but it has also recently worked with trans teen personality star, Jazz Jennings, on a new range of bra