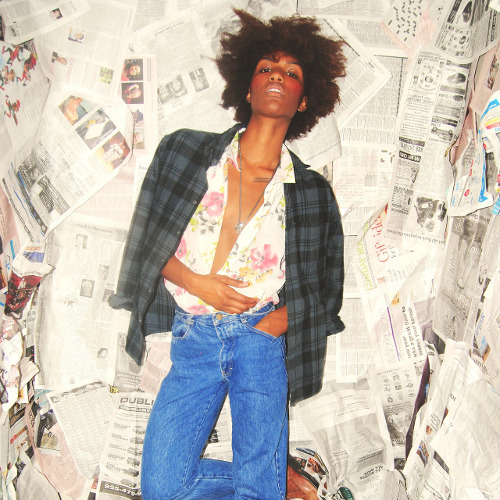 At the beginning of The Real World: Ex-plosion, audiences witnessed what could have been yet another epic example of a black woman behaving badly on television. A cast member threw hot oil at Ari Fitz and everyone assumed she would go HAAM. What was Ari’s reaction? Pure calm. She went on to explain why throwing hot oil at someone is never okay and that was that. She went on with life as normal. No drama occurred.


There’s been a slew of hyper negative and stereotypical images of black people in the media for far too long. Distorted images that perpetuate a plethora of stereotypes: “the sassy black woman,” insert Love and Hip-Hop, Real Housewives of Atlanta and a long list of other reality shows. Yet, Ari Fitz debunks all stereotypes. She’s an educated, driven, weird [her words not mine], and well an all-around queer girl next door that Americans got to see on their television screens.

Andrea: Can you please introduce yourself to our readers?

Ari: I am Ari Fitz. I’m an Oakland based filmmaker, model, pusher, and former cast member of The Real World: Ex-plosion.

Andrea: Are you originally from Oakland?

Ari: I’m from the Bay area originally. I went to college at UC Berkeley, but I didn’t move to Oakland until six years ago.

Andrea: What do you love about Oakland?

Ari: The thing I love the most about Oakland is that, as a creative person, I’m surrounded by a lot of other creative people – from different walks of life. Oakland is an amazing city with a hugely diverse population.

What are some of your favorite places in the city?

Ari: Every first Friday there’s this art crawl. It used to be called Art Murmur but now I think it’s just called First Friday. It’s a great time. You can interact with other artists while checking out some really dope galleries. The downtown area has a really cool vibe, lots of bars, clubs, and restaurants.

Check out the entire interview over at Afropunk.