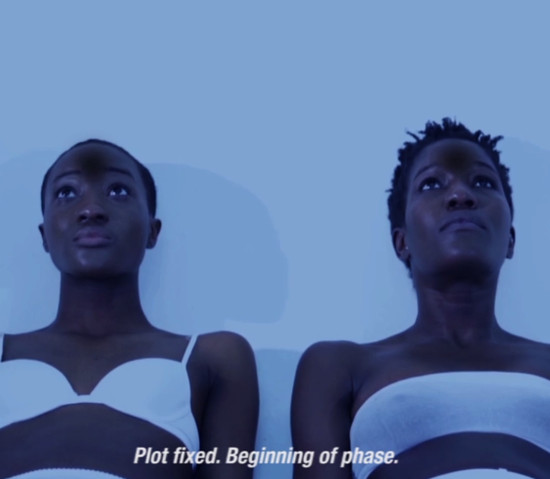 Christie Neptune is an interdisciplinary artist who has worked across film, performance, and sound in order to explore complex states of being.

In She Fell From Normalcy, Neptune explores feelings of isolation and powerlessness as well the fight to form an identity as a black woman in a system that privileges whiteness. The short film features two black women in a stark, white environment, controlled by a presence that remains unseen. The imagery invokes modes of afrosurrealism.

“With the entire project, I am trying to imagine a world where I can pull away the labels that define my personal experience and form my own identity,” Neptunes tells The Creators Project. “It’s really an investigation of what it could look like if we had this break from the perceptive modes that governor and define the self.” She adds, “I think I tackle that by using white space that is devoid of the social-political systems that historically limits the experiences and marginalizes people of color in this whole decorative thing we call the world.”

She Fell From Normalcy, is the third and final installment of a three-part series entitled, Eye of the Storm, that Neptune began in 2012. The project was recently on view at Washington D.C.’s Hamiltonian Gallery. Watch an excerpt below.

Excerpt: From She Fell From Normalcy from Christie Neptune on Vimeo.