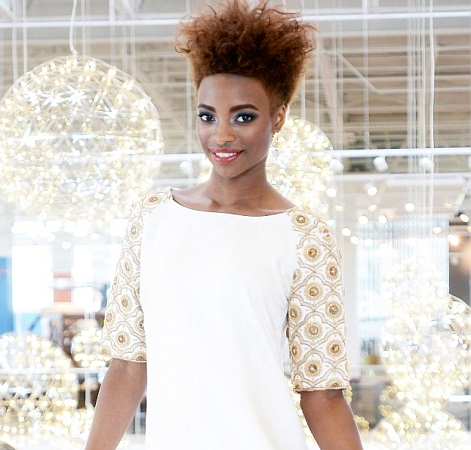 Just weeks after being crowned the winner of Mario Tricoci’s 2015 “Mario, Make Me a Model” contest, Kaylyn Pryor’s life was sadly cut short.

According to the Chicago Sun-Times, the 20-year-old aspiring model was standing outside with a 15-year-old boy in the 7300 block of South May in Englewood around 6:20pm in Chicago’s Auburn Gresham neighborhood, where she had been visiting her grandparents. A vehicle pulled up and opened fire, both Pryor and the teen were hit. The two were rushed to Advocate Christ Medical Center; Pryor was pronounced dead shortly after arriving, the teenage boy remains in critical condition.

Pryor, who was attending Robert Morris University, recently signed her first modeling contract in addition to winning the Mario Tricoci competition. The Tricoci company has replaced the page congratulating her big win with a memorial message.