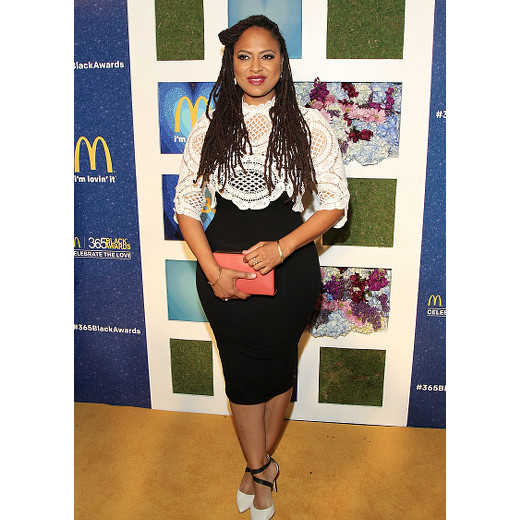 After weeks of speculation following an unconfirmed rumor and a confirmation from a questionable source, it looks like Selma filmmaker Ava DuVernay won’t be directing the upcoming Marvel film Black Panther.


Since May of this year, rumors have been swirling about that DuVernay was being courted, by Marvel Studios, to direct the upcoming Black Panther film, which is set to star Chadwick Boseman and will be released in 2018. The rumor gained more traction after a shaky source claimed that DuVernay directing the film was a done deal, major outlets, including Vanity Fair and the Guardian even picked up the story and ran with it.

DuVernay made a few sly references to the story via Twitter, but didn’t confirm anything,

Soon after, Marvel Studios President Kevin Feige revealed, in an interview with The Hollywood Reporter, that the studio had met with Ava DuVernay and that she was one of many directors under consideration for upcoming projects,

“We’ve met with her for sure,” Feige confirmed. “We’ve met with a number of people for a number of movies. She has been one of them… We need to find the best director for any given movie, and that’s really where we always start. If diversity is part of that, it’s great. It’s important. You will start to see things across the industry as a whole change as more filmmakers come up through the ranks and become part of making movies like this.”

DuVernay finally put the rumors to rest right over the weekend,

“I guess I’ll declare my independence from this rumor on 4th of July weekend and Essence weekend!” DuVernay said on her way to accept a McDonald’s 365 Award during the ESSENCE Festival in New Orleans.

“I’m not signing on to direct Black Panther,” she added. “I think I’ll just say we had different ideas about what the story would be. Marvel has a certain way of doing things and I think they’re fantastic and a lot of people love what they do. I loved that they reached out to me.”

“I loved meeting Chadwick and writers and all the Marvel execs,” said DuVernay. “In the end, it comes down to story and perspective. And we just didn’t see eye to eye. Better for me to realize that now than cite creative differences later.”

While many comic fans of color are understandably disappointed over the news, it’s really amazing to hear a filmmaker like Ava DuVernay, who has such a distinct voice in this industry, speak to the importance of preserving her artistic integrity.

Last week it was also reported that DuVernay, who has always been a vocal and tireless advocate for black women, is one of 4 directors running of a seat on the Academy’s board of governors.