Azealia Banks Vows to Stop Using F**got. But is it Too Little, Too Late? 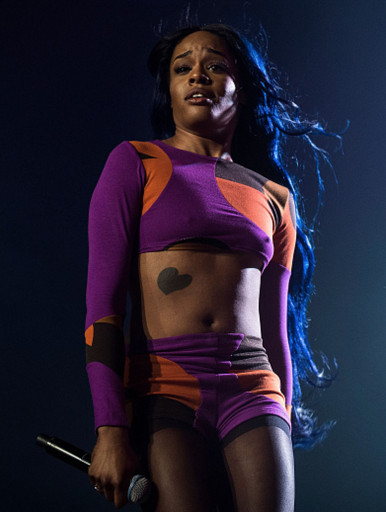 It’s been years, but it seems that Azealia Banks has finally turned over a new leaf — sort of. The singer/rapper/artist recently took to Facebook to post a long message, in which she pledged to never use the f-slur.

Azealia first made headlines for her use of the slur, back in 2013 during a feud with Perez Hilton. The fallout caused her to lose a contract with MAC cosmetics, and reportedly also got her dropped from her then record label, Interscope. Banks was also called out by several LGBTQ organizations.

Despite the backlash, she doubled down.

“A faggot is not a homosexual male. A faggot is any male who acts like a female. There’s a BIG difference,” Banks wrote on her (now suspended) Twitter account.

Banks associates her New York upbringing for her use of f**got, and I do to. But, the fact that this is only a handful of the slur-filled controversies that she’s been involved, leads me to believe that she still doesn’t quite get it. There’s also the issue of her hate-filled rants toward South Asians, as well as her vile Tweets to teen actress Skai Jackson. She’s made pretty liberal use of the word “Nigger” when speaking to other black people, and even once called a random black girl on instagram a “Tar Baby.” Considering her history, Banks’ sudden change of heart comes off as a desperate attempt to save her floundering career.

To put it simply, I hope that her newfound awareness comes with a sequel, because she’s got a lot of apologizing to do.