‘Black Soul.’ Artist Nina Franco Asks Afro-Brazilian Women: “How do you feel being a black woman in a patriarchal and racist country?”

Nina Franco is a Brazilian-born artist who lives and works in Greece. She uses photography to explore and deconstruct race, sexism, and women’s rights, often in the context of her native Brazil.


Her project “Soul Black,” currently on view at SESC Ramos in Rio de Janeiro until July 26th, invites viewers to contemplate how the intersections of racism and sexism manifest themselves in a variety of ways from microaggressions to outright discrimination.

The project features stark portraits of Afro-Brazilian women, shot from behind. The faceless nature of each image emphasizes how often black women are made invisible in Brazilian society. The photos also serve as an opposition to the hyper-sexual image often seen of women of African descent.

Franco also ties the portraits to the colonial history of Brazil, stating,

I analyze the representation of the back as history, stance and resistance. Because history repeats itself as in the days of the slave quarters.

The back is a part of the body where black people received beatings while tied and raped on wood trunks. The stance of the back have a strong meaning, it carries history but also is difficult to recognize the identity of someone. Therefore, the photographs from behind, that avoid faces, is a conscious attempt of anonymity, the back of a black woman is telling the story of all other.

The combination of hiding the face, coloured background, the back and hairs is a search to achieving a line between race and miscegenation.

We don’t give our back to the past, we carry ancestors on it, and past is still present.

Alongside her photography, Nina Franco displays letters that Afro-Brazilian women have written in response to the question: “How do you feel being a black woman in a patriarchal and racist country?”

“Before I was born my mother has heard jokes about my probable beauty, such as “I think she will look like a little monkey”. – Hellen Soares.

“I was in high school, one day a friend brought a cool toy to school, then she whispered in the ears of other colleagues: “You can see, but does not lend for Gabriella because she is black. How I felt bad among them”. – Gabriella do Nascimento.

“We did not come from the ghetto, we came from Africa!” – Ainá Garcia. 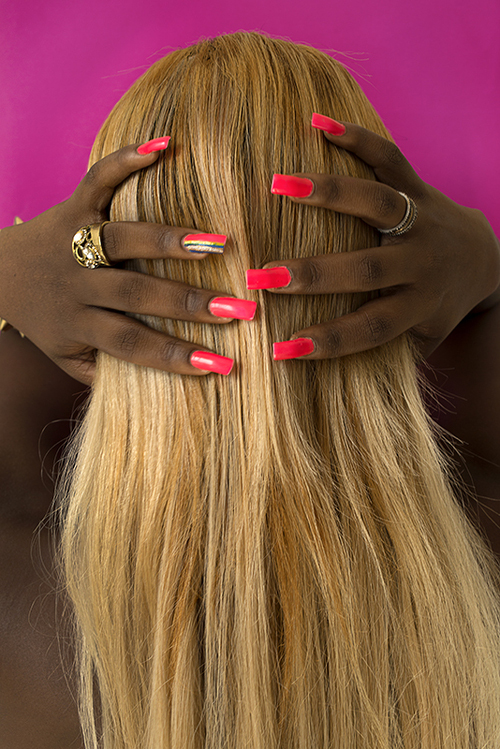 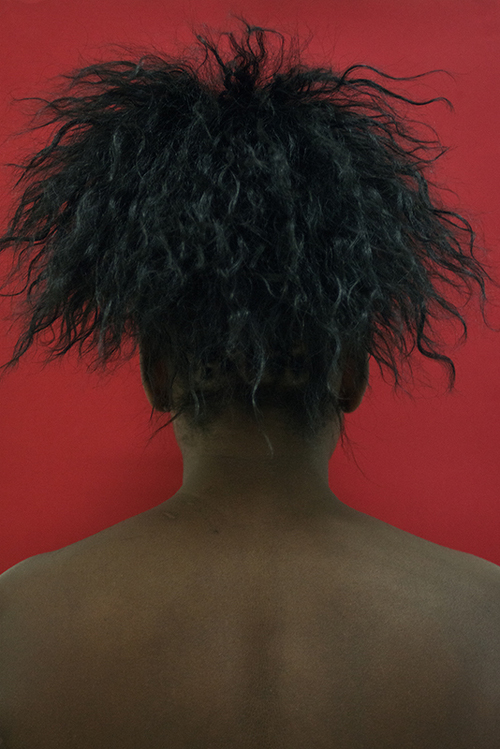 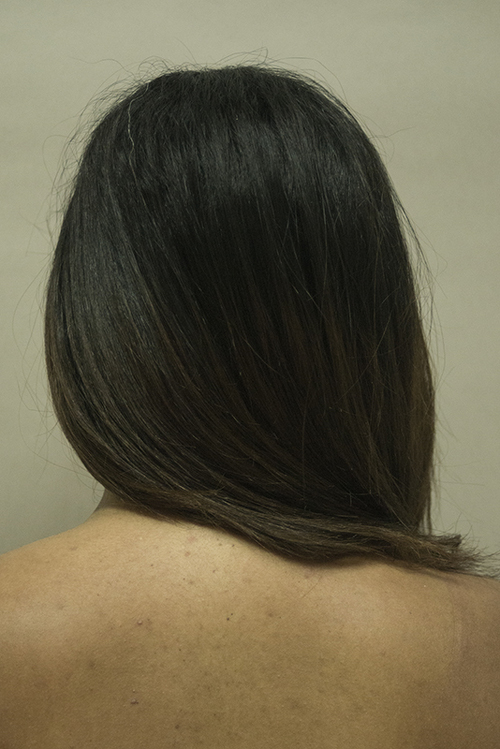 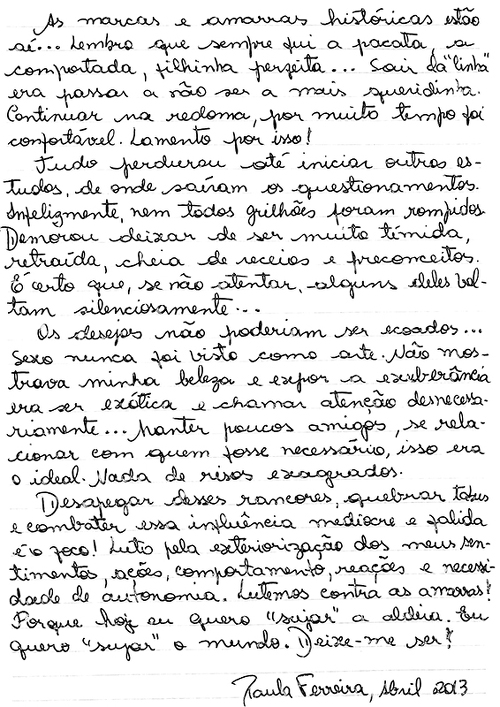