Black Students at Some Uganda Schools Face Discrimination Over Their Natural Hair. 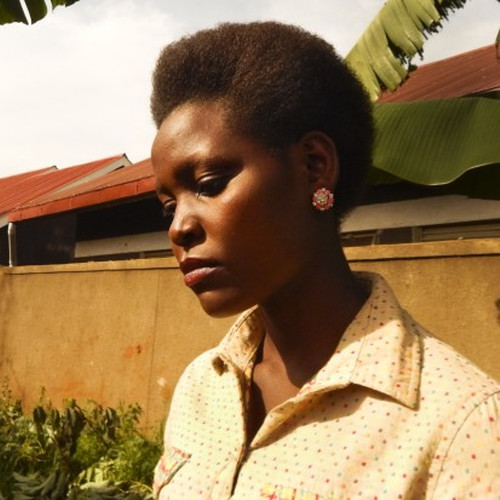 From South Africa to Uganda, Trinidad and America, black girls all over the world are still fighting for the right to wear their natural hair.

Images of school girls from African nations like Uganda and Kenya with freshly shorn or low cut hair are a fairly common sight. But what many assume to be a cultural preference, might actually be a forced standard that’s steeped in anti-blackness.

According to recent report in the Global Press Journal, black students in Ugandan schools are being told that their natural hair must be shaved down, in order to maintain a presentable appearance, while their biracial, white, and Asian peers are not being held to the same standard.

“The school administration is exercising discriminations against us native girls by not allowing us to grow hair,” Cynthia Busaggwa, 15, a student at the Makerere College School in Kampala, Uganda. “They’ve made many of the girls believe that it’s only girls of other races that should be allowed to grow their hair because their culture doesn’t allow them to cut their hair off.”

“No school that my parents can afford to send me to will allow me to study with my hair,” said 18-year-old Evelyn Nalugo, who is still fighting to complete her secondary studies. “It’s grown some inches tall now and I am not willing to cut it off.”

It appears that this particular standard is a holdover from Uganda’s colonial era; the country became independent from Great Britain in 1962. But, even after independence many schools were still mostly run and staffed by British administrators and teachers.

The practice dates back to the early 1900s, when missionaries ran schools, says Mercy Mutungirehi, the director of studies at Amity Secondary School in Nansana in Wakiso District.

The missionaries trained students to be clerks, interpreters and office messengers, she says.

“They needed these people to be smart,” she says, referring to a neat, tidy appearance. “By encouraging these people to cut off their hair while in high school, the missionaries were encouraging uniformity and smartness, a thing that is unachievable with natural African hair because of its complexities.”

Those who defend such hair policies, maintain that these rules are simply about neatness, cleanliness, and hygiene.

“We don’t allow native girls to grow their hair because some will grow lice, and they will spread it to the other students,” said Mugema “So to avoid such, we encourage a uniform look by not allowing them to grow hair.”

Mugema’s claims that black hair might attract lice are sadly similar to accusations made at Hopefield Prep, a prestigious and diverse school in Kingston, Jamaica. According to a now viral tweet, a young black boy was sent home from the school earlier this month, because administrators claimed that his natural hair, which appeared to be a few inches long, would cause the spread of lice. In reality black hair, and most forms of curly or textured hair, are less likely to be afflicted with lice.

While such ideas about black hair are rooted in centuries of oppression and colonialism, students like Evelyn Nalugo continue to fight for equal treatment. Nalugo even offered a challenge to school administrators.

“If we fail the school administration in any way, then they can have us to cut it off,” she said.