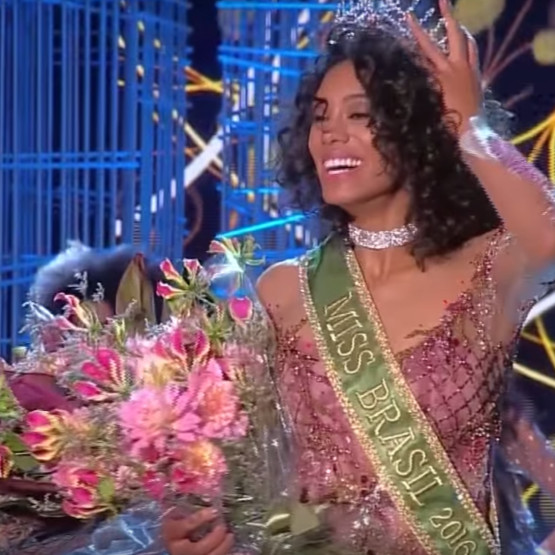 Raissa Santana was recently crowned the 2016 Miss Brasil. Santana’s win is attracting a lot of attention, as she’s the first black woman in 30 years to win the crown and the second black woman in Miss Brasil’s 62-year history.

This year’s competition also boasted the highest number of black women overall, with 6 out of 27 contestants competing for a chance at the crown. Considering that over 50% of Brazilians identify as having some form of African ancestry, and the fact that the nation of Brazil has the highest population of black people living outside of Africa, the detail surrounding Santana’s win are pretty shocking.

Santana, who works as a model and is studying marketing, acknowledge how important her win is.

I’m very emotional,” she said. “This here is a mixture of great emotions. I didn’t expect to win this title, but I am very happy to have won this title and to represent black beauty and encourage girls who have the dream of having something, to conquer, to be a model, to be a Miss…now I want to encourage these girls and show them that they can.”