Charm Bracelets and Their Continued Popularity

Charm bracelets aren’t a new fad. In fact, most people find they can ask older family members if they owned this jewelry piece, and chances are at least one will say yes. However, charm bracelets have been around for more than a generation or two. The history of charms and charm bracelets goes back centuries. Although they may appear to be a relic of the past, people still cherish them today. Learn more about the history of these bracelets so you can fascinate others with your knowledge of history and jewelry. 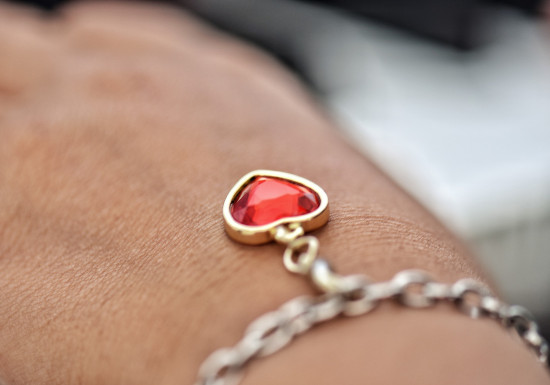 The first humans to walk this planet owned charms, although they were different from the charms one thinks of today. The amulets and talismans were made from materials easily obtained in their surroundings. This included bones from animals, clay, shells, wood, and stone. They would place these items on a leather thong and carry them wherever they went.

Archeologists continue to find elaborate charms from this time in sites across the globe. Although people still speculate as to their purpose, historians believe they likely carried them for many of the same reasons people do today. They hoped the charms would bring them good luck; they wanted to keep evil spirits at bay, or they carried the charms as a reminder of a special time in their life. You can find charms that you wish to carry for similar reasons by visiting adinasjewels.com/collections/charms.

Thanks to cultural advancements made during the period between 2300 and 700 BC, humans started shaping the materials they gathered into figures and shapes before using them as talismans. Numerous civilizations did so, including the Babylonians, Assyrians, Hittites, and Persians. They took this craft further and started added embellishments to their charms, using rock crystal, lapis lazuli, and other semi-precious gems. However, it was the Babylonians who put their charms on leather cords, which served as the world’s first charm bracelets. Men and women may still find this style of bracelet today.

Men and women wore charms to share with others their prosperity, fertility, and luck. In addition, the charms allowed them to identify certain individuals to the gods. Doing so ensured these people in the afterlife would be placed in the correct status. Ancient Egyptians associated the sun god Ra with the scarab, which would be found on many charm bracelets, as it symbolized rebirth and regeneration. On the other hand, they carried Eye of Horus charms, seeing these talismans as a form of protection.

Ancient Romans also made use of charms during their reign. However, the charms made it easy to identify distinct religious and ethnic populations, doing so in a discrete way. Christians would use ichthys or fish charms to find each other. They would hide the charms in their clothing.

Jewish scholars, on the other hand, wrote passages of Jewish law in tiny letters. They would then place the passages in a small gold amulet that was worn around the neck. Wearing the passage in this manner showed they keep the law close to their heart.

Much as the Irish use tartans, men and women during the Dark Ages wore charms to provide information about their family and where they came from. However, they might also use the charms to show their alliance to a particular religion, ruler, or political party. Kings, queens, and knights had a different purpose for charms. They used charms and amulets as a form of protection in battle. They believed the talismans would keep their enemies away.

From 1300 to 1600, during the European Renaissance, people fought against magic and superstition. They believed them to be relics of an unenlightened time in history, especially when they were so focused on science and moving forward. Charms weren’t used by the influential and wealthy as a result.

Instead, individuals began using gems and birthstones instead as charms. Nevertheless, the move from charms only occurred in the upper classes. Those in the lower classes weren’t educated and continued using charms and amulets. However, these items were associated with superstition and fear.

Queen Victoria serves as the reason charms remain in favor today. She truly loved beads and jewelry and shared this love with those she ruled. In fact, her love of charms and their accompanying bracelets spread through the noble classes in Europe. When Prince Albert, her one true love, passed, she turned to mourning charms. These talismans came as lockets that contained either a photo of the deceased or a lock of their hair.

It was during this period that a retailer first offered a charm bracelet. Tiffany & Co introduced this bracelet at the 1889 Paris Exposition. People can see this charm bracelet today, as it is the chain-link charm bracelet complete with dangling heart pendant people know the retailer for.

During the early 20th century, Hollywood introduced motion pictures. The popularity of these movies led to the launch of numerous careers, including those of Natalie Wood, Joan Crawford, and Elizabeth Taylor. Women the world over wanted to emulate these ladies, who frequently wore charm bracelets in their movies and real life. Animated figures, such as Betty Boop and Popeye, appeared as charms on countless arms, as companies frequently offered the charms in cereal boxes. 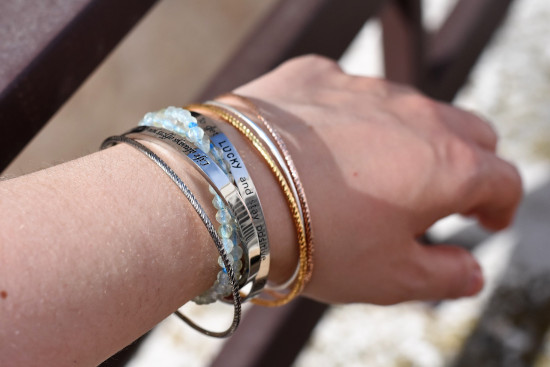 People used charms to mark certain rites of passage in life during the second half of the 20th century. For example, a person may receive a charm for a special birthday or when they graduated from school. They might mark significant events with a new charm, or a person traveling might get a new charm at every destination.

The upper class would often present their daughter with a charm bracelet on her 13th birthday. She would then receive charms throughout her life to mark certain occasions. This woman might even pass these bracelets down through the generations, which each generation adding its own charms.

This trend died down in the 1970s, but the bracelets saw a resurgence in the late 20th and early 21st century as people began coveting vintage items. Today, charm bracelets remain a popular item. Thanks to the overwhelming selection of charms offered today, every person will find a bracelet and accompanying charms perfect for their needs.