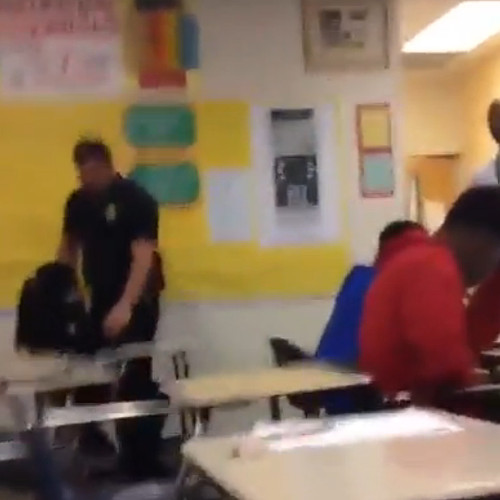 Online civil rights group ColorOfChange.org has launched a petition calling for officer Ben Fields to be fired and prosecuted, and for charges to be dropped against students arrested in the incident. The petition has already received thousands of signatures since launching Monday night, and the group expects thousand more to sign today.

As the FBI and DOJ announced an investigation into the incident, ColorOfChange emphasized that there is more than enough evidence for local authorities to hold officer Fields accountable immediately.

“There can be no justification for officer Fields’ brutal assault on a Black student in her classroom,” said Rashad Robinson, executive director ofColorOfChange.org. “Officer Fields is unfit to be a police officer or to work with students in any capacity. Thousands of people are demanding that local authorities take responsibility and immediately fire officer Fields and prosecute him. We’re also demanding that charges be dropped against students already victimized by officer Fields’ actions.”

The petition also demands that officer Fields be fired from his position as a football coach. ColorOfChange said it will continue to escalate pressure on Richland County Sheriff Leon Lott and Richland School District Two Superintendent Dr. Debbie Hamm to act quickly.