“This season, Maki Oh is captivated by the modern concept of Asó EbÍ. Asó EbÍ is a Yoruba word which translates to ‘family cloth’. Traditionally, the chosen cloth (usually lace, wax print or hand-woven fabric) was distributed and worn within families to show uniformity and cooperation during social occasions and ceremonies like weddings. Recently this has expanded beyond the familial, as non-relatives, like well-wishers can wear the cloth in ‘solidarity’. Ceremony venues are awash with seas of colour-coded guests numbering in the hundreds and sometimes thousands. 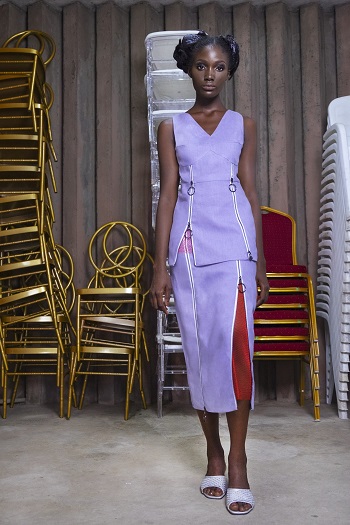 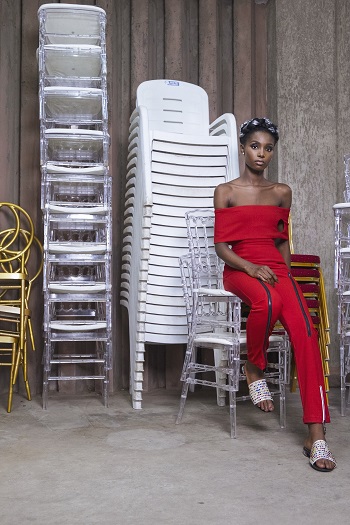 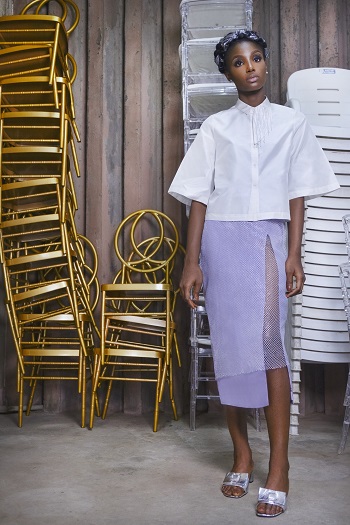 Pageantry plays an important role in Asó EbÍ. Women dress in lavish floral laces, intricately beaded blouses and large statement jewellery. Embellishments from the collection take a cue from this showcase – Beaded silk shirts, floral motif adiré dresses, fringed tinsel appliqué, and linen blouses adorned with multiple large zippers. The collection explores zippers as a major part of Asó EbÍ culture. Typically, due to the frequency of these events, neighbourhood tailors are tasked with the production of the Asó EbÍ outfits. Though dedicated to the fit of the garment, there is a lack of access to good quality zippers in the markets. The use of low quality garish zippers is often an unfortunate affront in contrast to the lush and often very expensive fabrics purchased from different parts of the world. 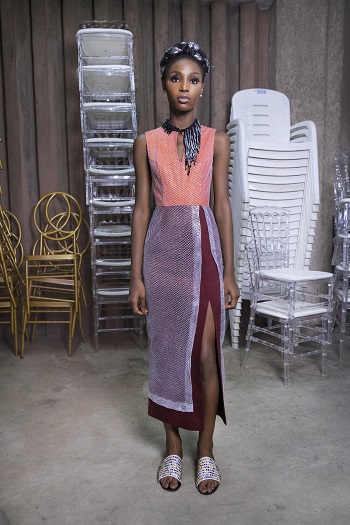 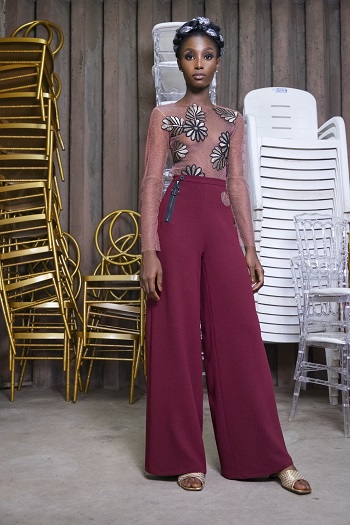 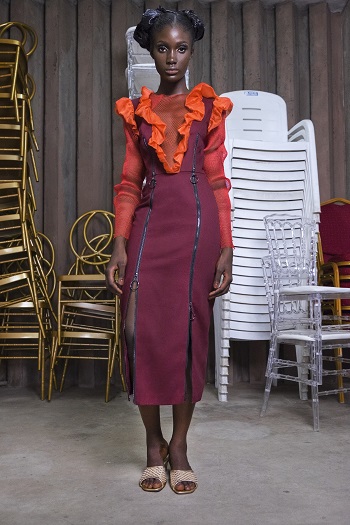 Silhouettes are inspired by traditional Nigerian garments – the buba, ikpele and iro, which were customarily worn as ceremonial garments. 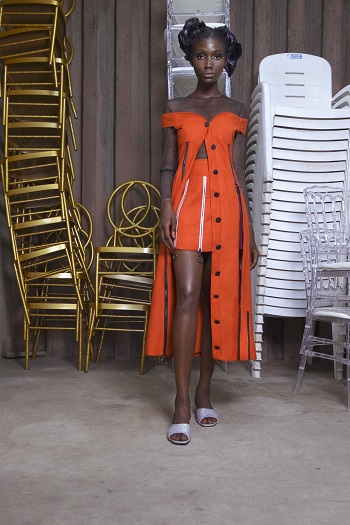 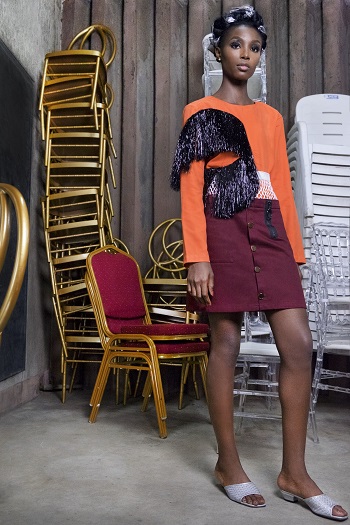 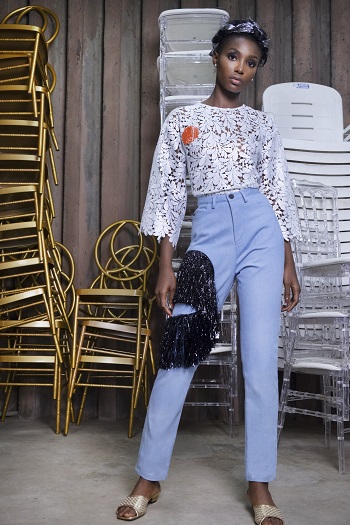 Often, in one event, there are many Asó EbÍ colour combinations ranging in importance. Guests wearing certain colours are offered special keepsakes and served finer food. Politics come into play with invited guests vying to be offered the Asó EbÍ colour combination signifying that they are closest to the family. The competition can be ferocious.
The collection’s colour palette is in line with the custom of having two complimentary fabric colours (one as the head-tie and one as the garment) – and the mandatory ‘glamorous’ names that come written on the event’s invitation: wisteria & crimson, merlot & flame, midnight & white swan…” 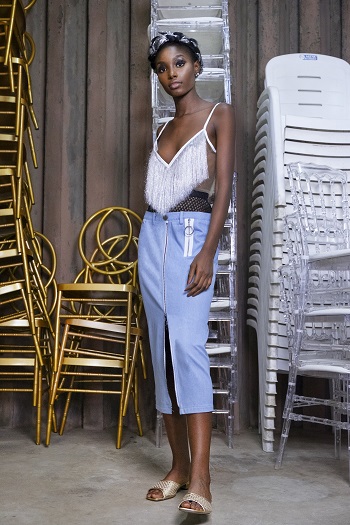 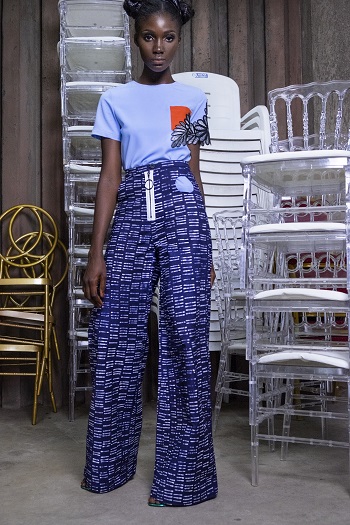 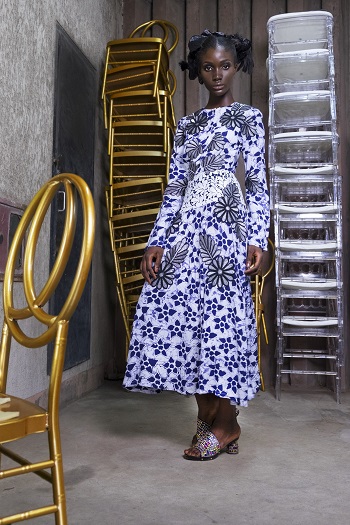