Comedian Attacked By Group of Men in D.C. After Rejecting Their Advances. 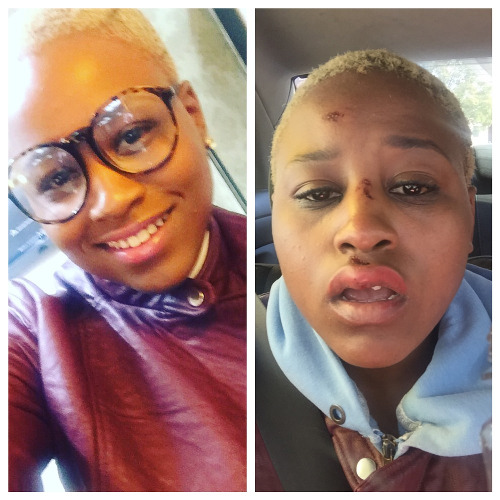 Comedian Paris Sashay was attacked by a group of men after leaving a nightclub with her sister this past Saturday night.

Sashay tells NBC Washington, that the two women were walking to her car at about 3:00am, when a group of men began catcalling them. Sashay and her sister ignored the men, who pushed them in retaliation. While her sister sustained minor injuries, Sashay lost consciousness, and suffered a broken nose and knocked out teeth. Her sister managed to get her into the car and drove her to the hospital.

When speaking out to the press about her ordeal, Sashay revealed that like many women, she had experienced many incidents of street harassment throughout her life. Though, this was the first time things turned violent.

“Guys make it where you don’t have a right to say no anymore. But as a woman, you should be able to say no,” Sashay said. “Just say no. You’re just not interested.”

Despite her injuries, Sashay decided that the show must go on. She vowed to go through with a scheduled improv performance last night.

Paris Sashay is also taking donations to help with her recovery. You can support her HERE.