Dapper Dan in Talks With Gucci. 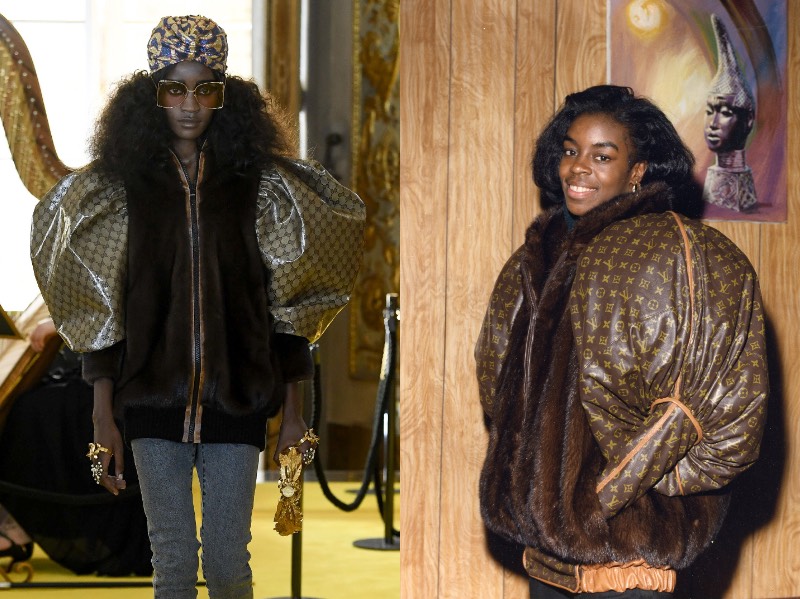 Earlier this week Gucci faced accusations of appropriation and copying after images from the luxury fashion house’s Cruise 2018 began to surface.

A controversial look, featuring a fur jacket with logoed balloon sleeves, appeared to be a direct copy of a Dapper Dan design. A picture of Olympic Runner Diane Dixon, wearing the original jacket in 1988, remains one of the most shared Dapper Dan images on social media. The image was almost immediately identified as the source of Gucci’s inspiration.

After side-by-side images of the two jackets spread like wildfire on social media, Gucci acknowledged Dapper Dan in an Instagram post, calling the Cruise 2018 jacket an “homage.”

“Legendary tailor Dapper Dan @dapperdanharlem influenced the trend by making such custom pieces for his rapper and athlete clients out of logos from famous fashion houses, including #Gucci,” said a statement on Gucci.’s official Instagram page.

A Gucci spokesperson told The New York Times, that efforts were being made to contact Dapper Dan. In a lengthy profile published over the weekend, Dapper Dan revealed that he is currently in talks with Gucci.

While a collaboration prior to the Cruise 2018 would have been ideal, I’m pretty curious to see what Gucci and Dapper Dan come up with.