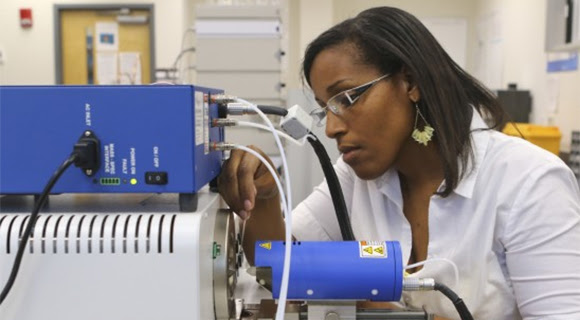 Dr. Candice Bridge, a chemistry instructor at the University of Central Florida, has been awarded a $324,000 grant from the National Institute of Justice, to research rape investigation methods. As part of her work, Bridge will review methods of catching rape suspects that do not involve DNA evidence and will explore different types of forensic science. She’ll also be granted access to tools that are used exclusively by the FBI, in addition to working with government laboratories.

Bridge’s scientific career has been marked by milestones. At the age of 25 she became one of the first people in the United States to earn Ph.D. in analytical chemistry with a specialization in forensic science. She then went on to become the first black female chemistry instructor at both Howard University and the University of Central Florida.

Bridge, who has been passionate about chemistry since the age of 13, spoke about the impact of her upcoming research.

“This grant will enable us to conduct research into a unique new means of identifying perpetrators of sexual assault when traditional DNA evidence doesn’t exist,” Bridge said in a press release. “It’s an important line of research that has become even more important as rapists attempt to elude capture by covering their DNA tracks after an assault.”