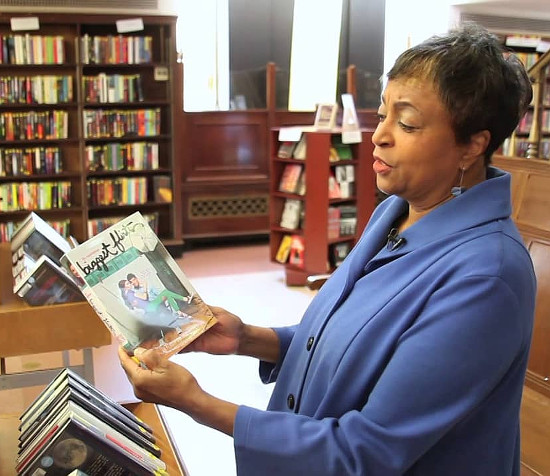 Dr. Carla Hayden has been nominated by President Obama to be the 14th Librarian of Congress. If the nomination is approved, Hayden will be the first black woman to hold the post since the organization was established in 1800.

Hayden currently serves as the chief executive of the Enoch Pratt Free Library in Baltimore, a position that she has been in since 1993. Last year, Hayden made the bold choice to keep the library open during the Baltimore Uprising. Hayden, who also previously served as the president of the American Library Association, had this to say about the nomination,

“Being the first female and the first African-American really brings together two aspects of — of course — my life that make this even more significant in terms of how people view the future of libraries, and what a national library can be,” she said in a video produced by the White House. “It’s inclusive. It can be part of everyone’s story.”

President Obama also spoke highly of Dr. Hayden in a statement released by The White House.

“Michelle and I have known Dr. Carla Hayden for a long time, since her days working at the Chicago Public Library, and I am proud to nominate her to lead our nation’s oldest federal institution as our 14th Librarian of Congress. Dr. Hayden has devoted her career to modernizing libraries so that everyone can participate in today’s digital culture. She has the proven experience, dedication, and deep knowledge of our nation’s libraries to serve our country well and that’s why I look forward to working with her in the months ahead. If confirmed, Dr. Hayden would be the first woman and the first African American to hold the position – both of which are long overdue.”