Film. ‘The Fits.’ A Young Girl Takes a Journey Into the Passionate World of Dance. 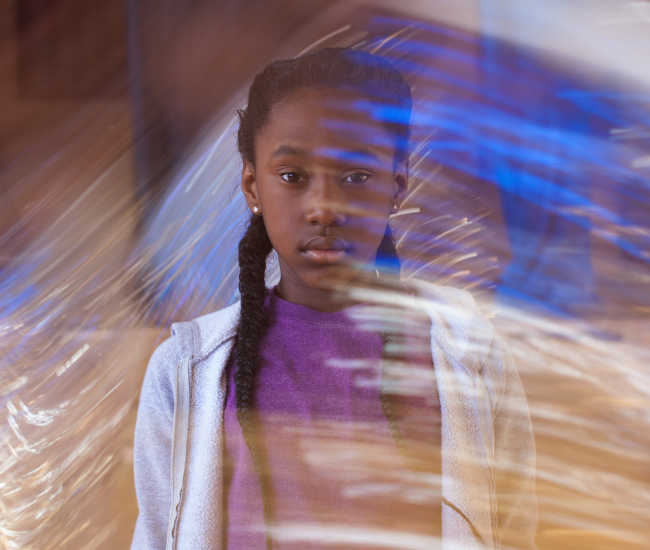 Written, produced, and directed by Anna Rose Holmer, The Fits is an exciting and intense new film that has been gaining critical acclaim that it’s premiere at the Sundance Film Festival earlier this year.

Newcomer Royalty Hightower stars as Toni, a tween tomboy and boxing enthusiast who delves into the world of dance.

THE FITS is a psychological portrait of 11-year-old Toni—a tomboy assimilating to a tight-knit dance team in Cincinnati’s West End. Enamored by the power and confidence of this strong community of girls, Toni eagerly absorbs routines, masters drills, and even pierces her own ears to fit in. When a mysterious outbreak of fainting spells plagues the team, Toni’s desire for acceptance is twisted.

Hightower’s performance is already drawing comparisons to Quvenzhané Wallis, who was catapulted onto the national stage in an the indie feature Beasts of the Southern Wild back in 2012.

Watch a trailer for The Fits below, the film is currently making the rounds at several events and venues across the country. For updated screening information go HERE.

THE FITS | OFFICIAL TEASER from Anna Rose Holmer on Vimeo.