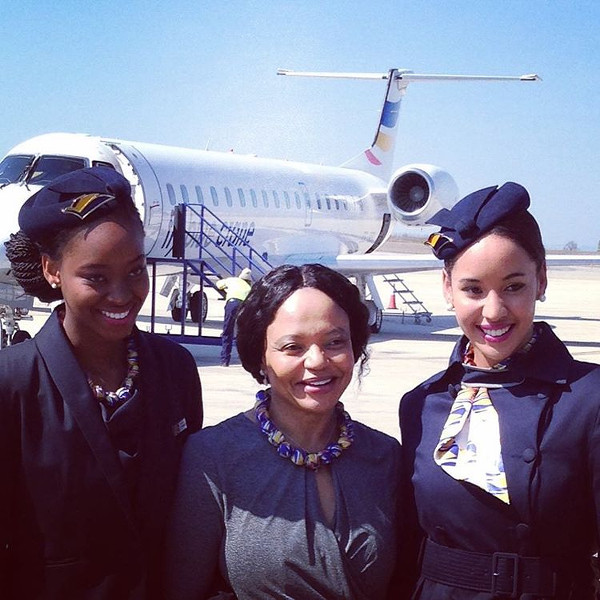 Founded by CEO Sizakele Mzimela in 2015, Fly Blue Crane is set to take off on its first international flight to Windhoek, Namibia on May 13. Mzimela hopes to bring the South African airline, which has only flown domestically will be operating Botswana, Zimbabwe, and the Democratic Republic of Congo.


The airline executive brings over 20 years of experience in the aviation industry to Fly Blue Crane. Mzimela formerly served as the CEO of South African Airways and regional SA Express, becoming the first woman to hold the post. She was also chairwoman of the African Airlines Association (AFRAA) and the Airlines Association of Africa.

When speaking of her impressive career and accomplishments, she offers a bit of advice to fellow women entrepreneurs.

“You have to accept up front that your road will be more difficult than the pale white male sitting next to you,” says Mzimela. “It’s your job to say ‘nothing will stop me. I’m going to make it.”